Now that the two rugs have been bound can enjoy hooking the present rug.  The blizzard of 2018 has interrupted my fun but thank God I have electric.  Here is what little I've accomplished on my current project.  Maybe you know what the pattern is... if not it will be revealed in a future post. 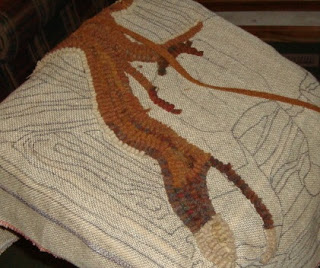 As the temperatures are sub-freezing the heat pump switches to propane emergency stage 2 heat.  December 26th I had 42% propane.  Tuesday January 2nd I had 25% propane and called to order a tank full.  Yesterday morning (just 3 days later) there was only 16% left.  My propane dealer only delivers on Tuesdays in my town and am concerned I will use all my propane before delivery next Tuesday.

So trying to conserve propane reduced my thermostat to 60 degrees and plugged in a space heater to supplement the inside heat so the propane won't kick on as much. 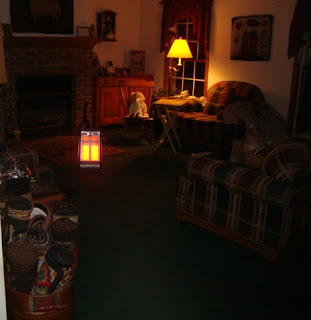 Thankfully a neighbor called to ask if they could pick up something for me since they were going to venture out on the roads.  I asked them to buy me two space heaters IF there were any left on the shelves. 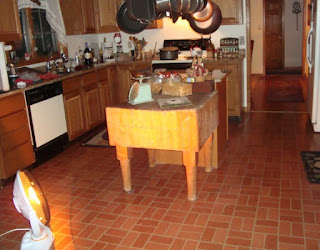 So he purchased two for me and loaned me one of his. 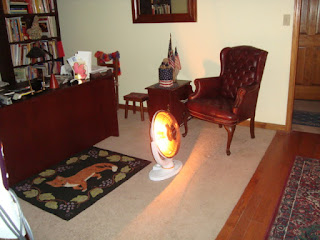 Now I have one  in the living room, kitchen, office and bedroom. 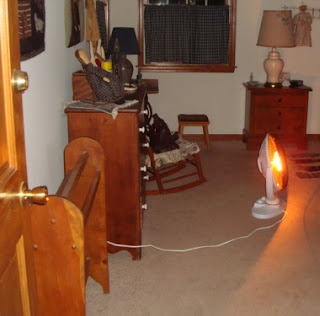 The space heater in the living room has a 4 hour timer but the other three only have up to an hour time limit.  So my sleep was interrupted visiting all the space heaters and turning them back on a few times during the night.  Am hoping this will let the propane last until delivery on Tuesday.  Cannot believe how cold it has been and for so long; hope this means an early spring.

But, I'm very thankful to have electric as the situation could have been worse.

Hope you are all able to stay warm.

Saundra
Posted by Saundra at 9:33 AM