As people are remembering D Day and Normandy thought I'd share some information on my military family.  Top center is the patriarch of the Green Family, Joseph Hildren Green, Sr.

Left is my father Joseph Hildren Green, Jr., below pop-pop is my Uncle Bob and to the right is Uncle Dallas. 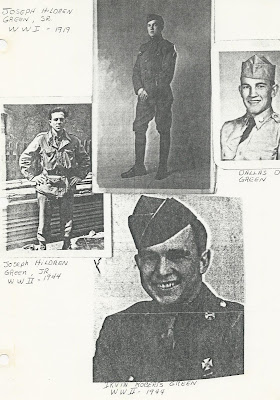 Another photo of daddy in uniform.  He was with the 69th Division. 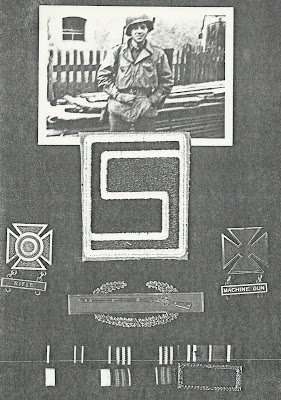 And a copy of his Bronze Star Certificate. 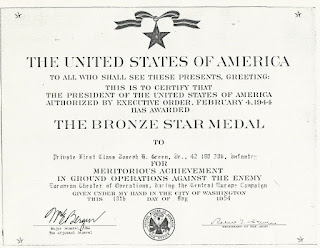 A copy of a newspaper article when daddy and Uncle Bob came home on furlough.  If you tap the photo you might be able to read about the action both of them saw, including Ardennes which pop-pop was in during WWI. 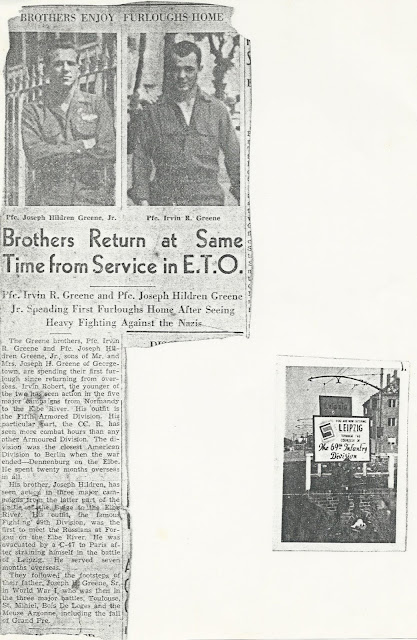 Don't want to leave out my wonderful step-father Edward C Patterson (Pat) who was in the Navy during the Korean War and then was on the President's staff during the time of Presidents Eisenhower, Kennedy, and Johnson.  You can see the Presidential patch as well as the Shield.

Pat also served at Camp David and when on leave he had to leave all ID behind until he returned.  Oh some of the stories he told me when I'd spend the weekend with him and mother.