There were so many wonderful rugs in the show and can't wait to share more in this post.  The one below is named Rusty Twigs and Posies hooked by Susan Foley. 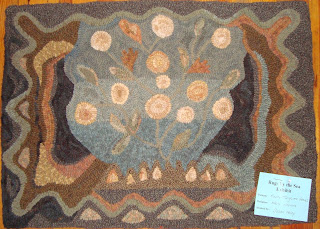 My friend and roomie Deb Nees hooked Gettysburg, below, a Woolley Fox design. 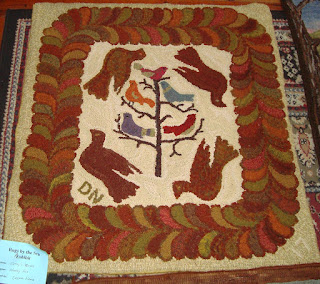 An original design named "Buffalo Bill" is a collaboration between Rebecca Erb and her son-in-law as a gift to Rebecca's husband.  It is huge and wonderful!!!!!  Great job guys!! 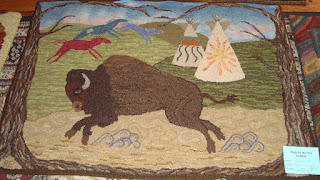 Fun Flowers below was hooked by Nancy Weaver. 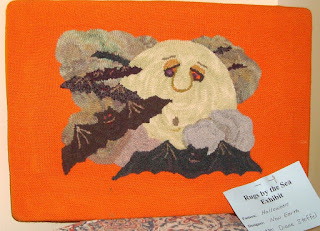 Brave Hunter is a design by Tonya Robey and was hooked by Sandy Bennington.  This is also on my 'to do' list. 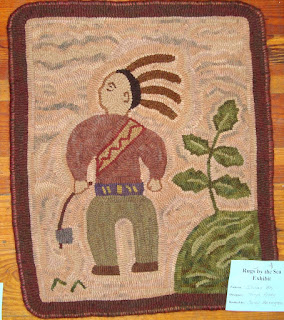 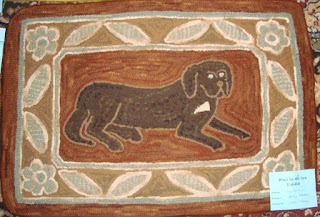 Oh my but the rug below brings back fond memories of Barb's Guest House when attending rug camps with her.  "Pigs at the Trough" is a Woolley Fox design and hooked by Cindy Harpring. 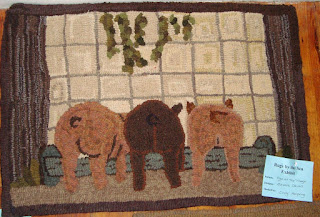 Look familiar?  It should as you've seen it before.  At camp there was at least one admirer who wanted to know where I got the design.  Shared it came from the Kopp book so look for her rendition next year somewhere.  Hope I'm  lucky enough to see how she hooked hers.  It is always fun to see the same designs hooked by others. 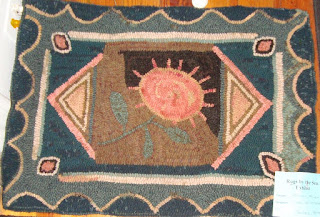 Blue Horse for Polly is a mat hooked by Evelyn Lawrence.  She seems to be going for the smaller pieces lately. 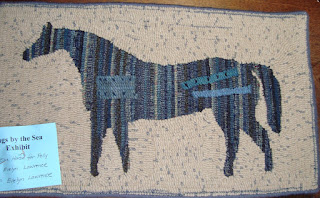 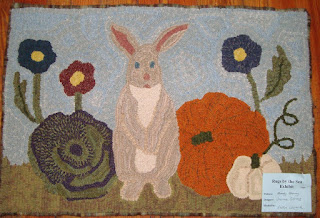 Cats and Flowers below is hooked by Martha Buhler.  Think I'm losing track of what rugs have been posted and which haven't.  I apologize if you see the same rug more than once but hey....that's a good thing. 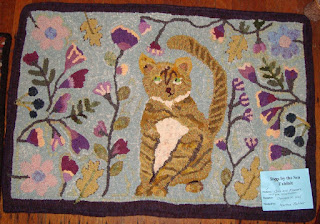 Darby is a design hooked by Martha Buhler. 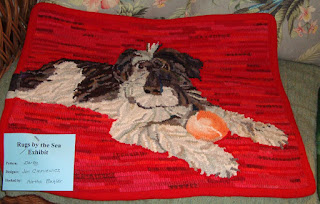 My gal pal Deb hooked "Two Black Cats" pattern sold by Spruce Ridge Studios except she didn't hook them both black.  It was hooked in Cammie's class last year. 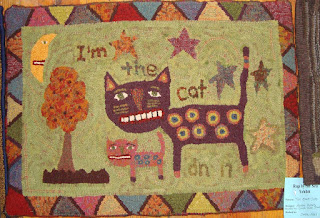 Below is a beautiful rug hooked...I think ...by Weslee.  I've written to her asking for a better picture and confirmation on name of design. 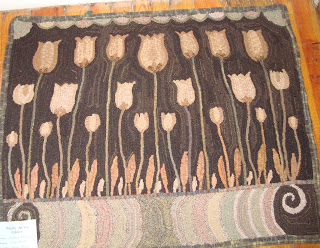 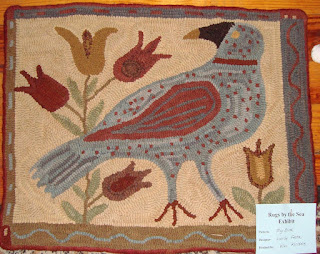 Yeah, the small Magdalena Goat hooked by me.  Can't remember if I posted it previously or not but want to get this #3 camp show sent. 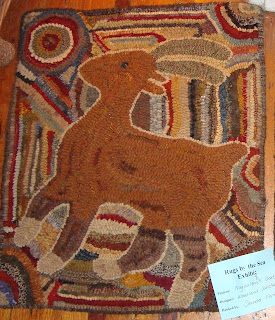 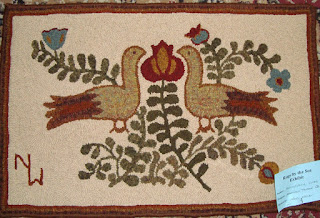 This guy was so much fun to hook.  Last year in Cammie's class she said she planned to buy the original antique but didn't get home from running errands in time for the on-line antique purchase.  Evelyn Lawrence hooked it as did I.  But Evelyn couldn't find her rug to bring for the show. 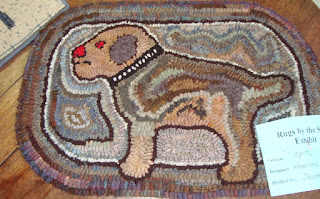 Still remaining are the Sheep at the Beach mats and the "throw Down".

Saundra
Posted by Saundra at 9:23 PM