Here is a review of all the rugs and mats which were hooked during 2016 and posted in order of project.  Those who recently joined may not have seen them but regular followers may have seen them numerous times in various stages of progress, reverse hooking and tweaking.

In the beginning of 2016 this is what was on my frame. 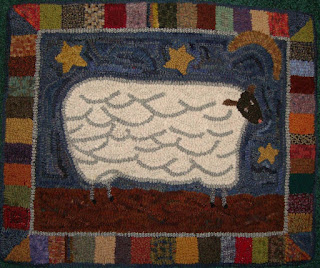 It was originally drawn as "Flag Day Sheep", a Woolley Fox design but I changed it up a tad. 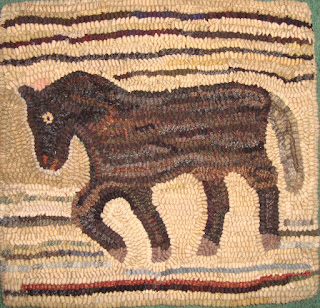 Above was an antique adaptation of an antique which I call "Horse with No Name" and it had straight hooking.  Just a small mat but was fun to hook and use worms. 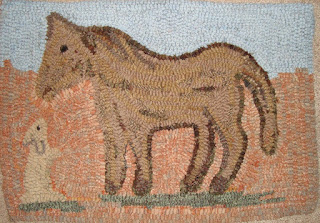 Still in the mood for small mats and adaptations decided to use the horse shape from an antique rug but added the bunny since there was space.

And then the Out of Hand Rug Hookers group decided on a new challenge lead by Kelley Belfast. 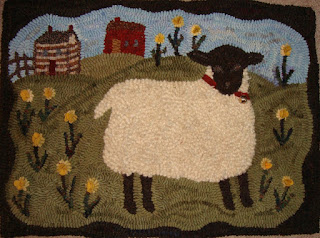 Kelley designed a pattern with daffodils, sheep and two out buildings. There was certain criteria to be part of the 'giveaway' and the winner was voted on by the participants.  It was quite fun to see all the different and artistic works from hookers who have different color  and cut choices. 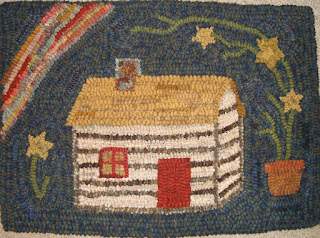 Next on my frame was a design by Barb Carroll called Rainbow Cabin. This pattern had been in my stash for a while so decided to use up my patterns.  Uh..... if I were to have a 'do over' I'd make those white areas dark logs and the thin dark rows the light.  What the hell was I thinking???  Oh well.  To Kim.... NO, I'm not going to tweak it!!!!!!!! 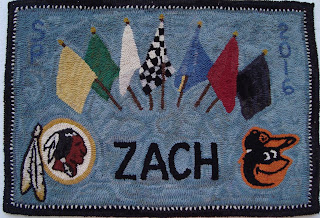 After the Rainbow Cabin decided to start a Christmas gift for my grandson.  So his Christmas gift was started very early on to give me time to set it aside and hook something different.

But going to rug camps I'd start something different and hook on Zach's rug while waiting my turn for the teacher. 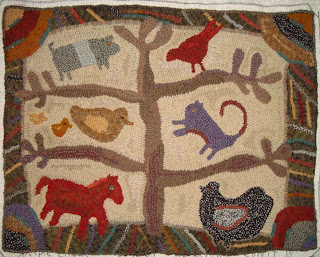 The above pattern by Karen Kahle called "Simple Gifts" was a pattern purchased at a rug camp from someone wanting to downsize.  Since I had no clue where to start or what colors I'd want decided to take it to my mentor beloved Barb Carroll.  Looking at it makes me happy and like looking at a brand new bright day ahead. 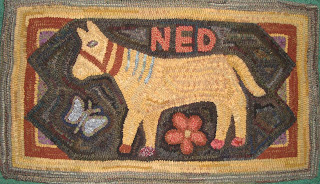 Then came NED, another antique adaptation offered by Woolley Fox. Poor Ned went thru many tweaks until I was happy with him.  In retrospect tho, wish I'd done what Lauren did and change the butterfly to a flower. 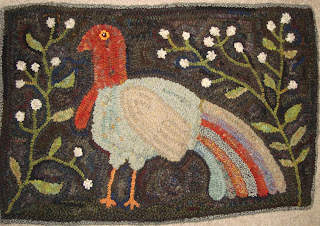 Above is a design called "Turkey and Tallowberries" which is a design by Lori Brechlin and offered in pattern by Kris Miller of Spruce Ridge Studio. 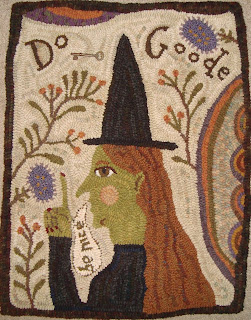 Another design by Lori and hooked in a class with Kris Miller is the "Do Good Be Nice" design.  That Goode witch takes time out of her day to have her nails done.


The last two rugs started and finished in 2016 were the last two written about yesterday. .... Red Lion adaptation...... 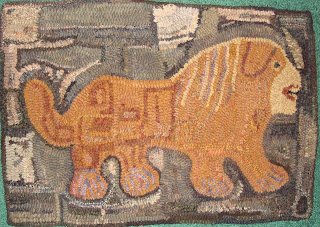 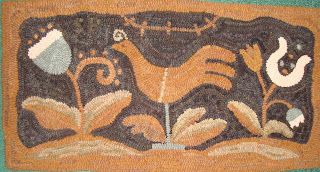 Wishing all of my followers a very happy, healthy and prosperous 2017.

If anyone has questions about hooking please ask...If I don't know the answer I'll research for you to give you the answer.  Happy Hooking.