Pondering the Next One

Soon I'll want a new pattern on my frame since my current project is two-thirds finished.  Seems deciding what to hook is a constant struggle for me as there are so many on my 'to hook' list.   Often my mind might change even before the chosen one makes it on the Snapdragon.

Recently Lauren (Rugs and Pugs) tempted me with her new project.  It is a paper pattern called "Jacks's Crow" offered by Winter Cottage Studio.  Of course I had to buy it and it is waiting for me. 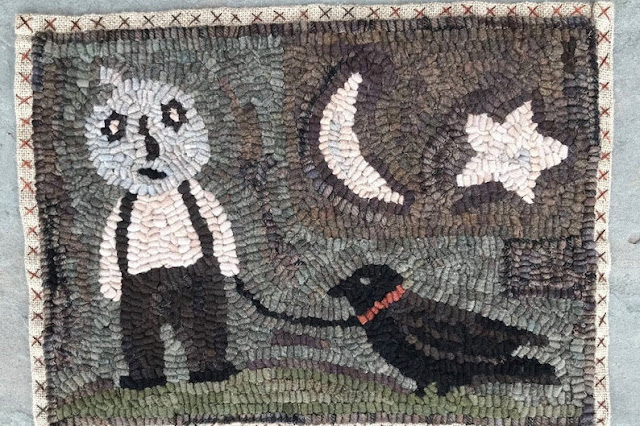 A pattern which has been 'the next one' numerous times is this Over the Moon design by Spruce Ridge Studios.  The pattern and all the wool has been patiently waiting since last November.  And it has been kept on the side lines several times now. 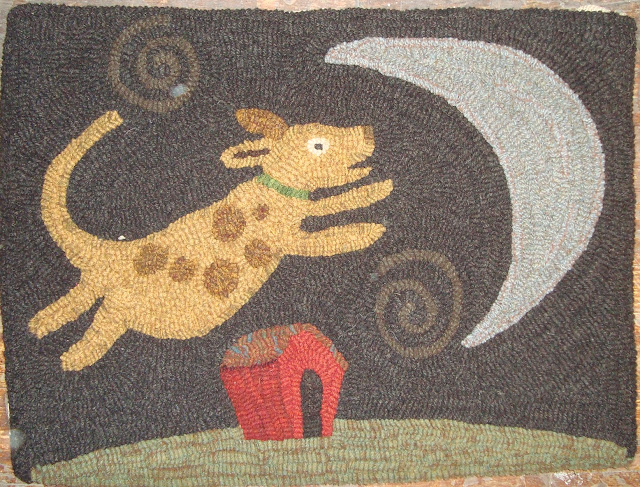 Also vying to be the next one, or the one after, is Old Tom.  I also have the pattern and the wool.  Even grabbed a piece of wool out of Kris' hands which she used in hooking hers. 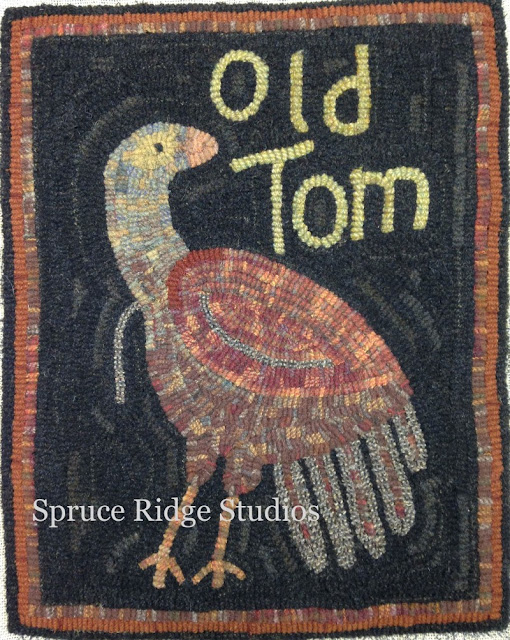 Then there is a Karen Kahle paper pattern which I've had for years and each Christmas season when I see other people hooking it I want to start mine. 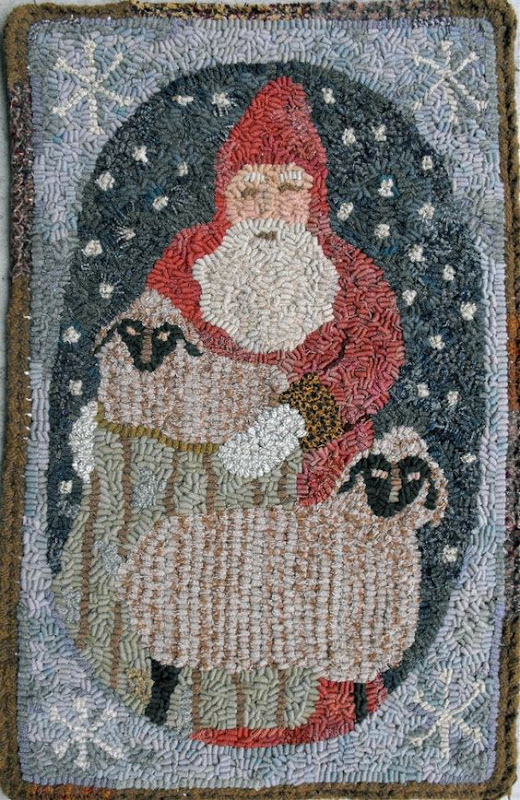 A new and original design was in the making months ago which I would call "Gentleman Farmer" which still hasn't made it onto linen.  There's nothing really to show except sketches so this might also be put on the back burner once again.

Email ThisBlogThis!Share to TwitterShare to FacebookShare to Pinterest
Labels: Over the Moon, Spuce Ridge Studios