First up is an abstract cat hooked rug with what looks to me to be Canas on both sides of the cat.   Hooked early 20th century, measures 28 x 46. 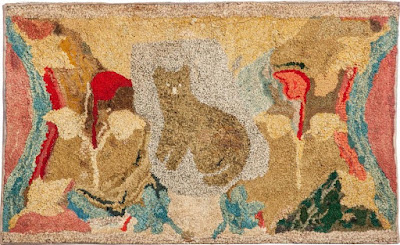 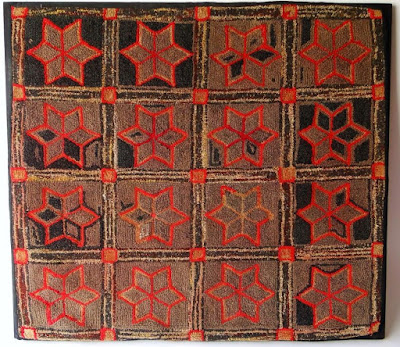 Black Scottie all dressed up in a red bow tie. 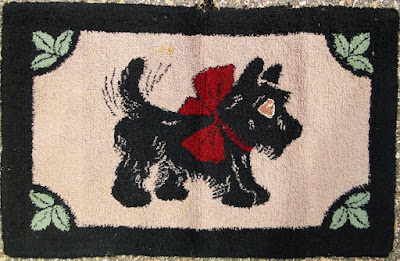 The three dancing rabbits are almost camouflaged with the hit and miss border. 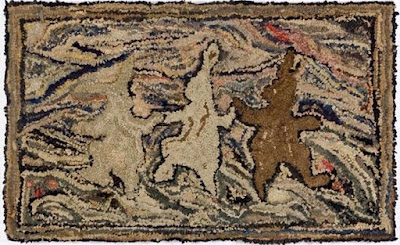 Named Button Eyes because this old rug had buttons for the eyes.  Said to be hooked around 1910 from Ohio. 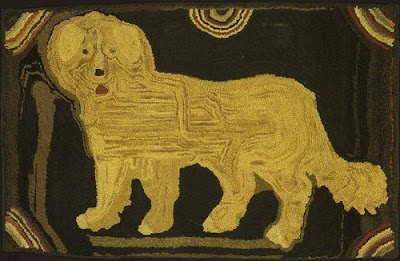 A 12th century Girona Tapestry depicting the month of May. 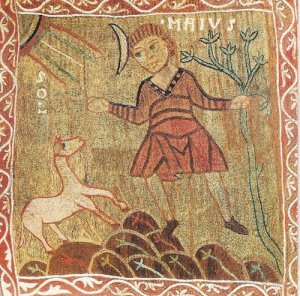 Same Frost Lions design hooked differently.  The first one is wonderful and hooked the traditional way. 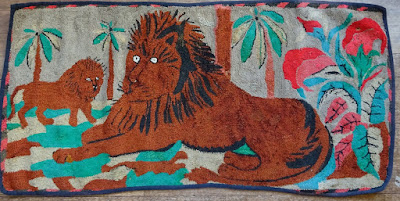 The one below appears to be punched with yarn.  Personally I do  not like the appearance of wool yarn punched OR hooked rugs. 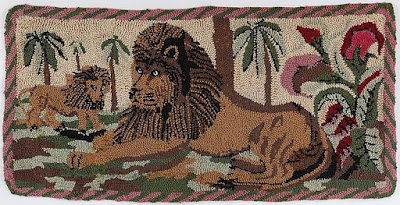 And yes, I did hook a rug with yarn once and will never do it again ~ I do not like the look.  I might embellish a rug with yarn, homespun or ribbon somewhere but will never hook another whole rug with yarn.  The yarn hooked rug is named Strawberry Patch and a design by Claire Murray. 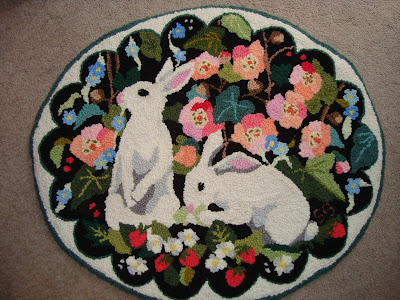 Early in my hooking thought it might be fun to try yarn so purchased this kit on eBay.  This one was on hiatus for years before finally finishing so it wouldn't get thrown away.

Have a great weekend everyone.

Saundra
Posted by Saundra at 10:25 AM