There were lots of wonderful rugs on display for the show this past week, too many for me to put here so will be posting more tomorrow.  This is a proddy baby bear rug that my friend Char did.  It was done with all the bad wool that one starts saving when they first start their stash, thinking that any wool is good to use. 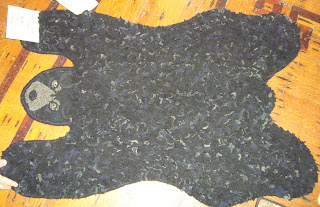 Two years ago Char also hooked a larger Mama bear for their mountain cabin and it was on display at Cape May.  So Joann Hendrix captured it in her rendition of the Chalfonte and outside rug display, you can see it among the rugs in the foreground. 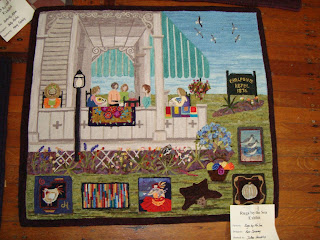 Since I'm on the theme of animals I'll post a few here and hopefully you will be able to see the hooker's name and design on the tag.  Just double-click and it will enlarge the rug. 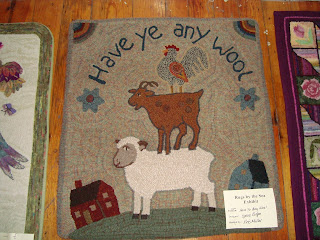 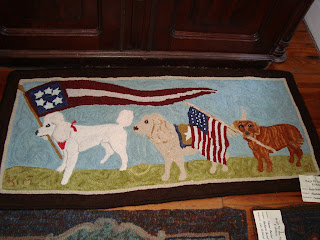 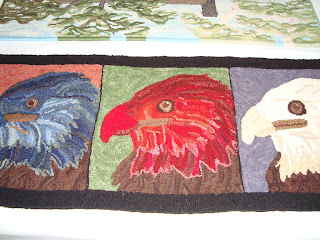 The eagle rug was wonderful but since it was on a table was hard to get the whole rug in the photo, so took two other pictures of them. 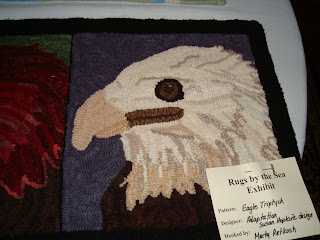 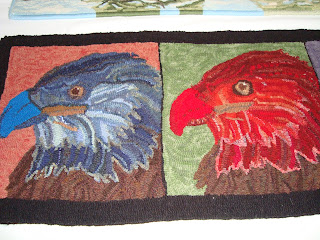 This pup with his ears blowing in the wind was adorable!!!!! 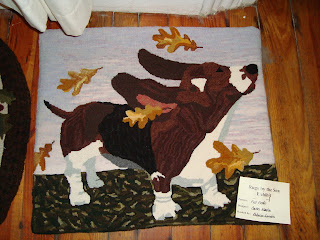 There were two of us who hooked the E.S. Frost sheep rug and this one was by Susan Foley. 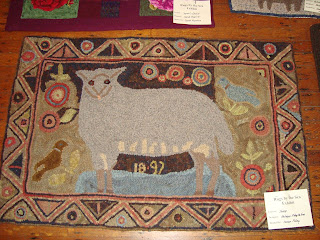 This one was by me. 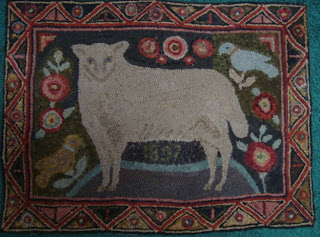 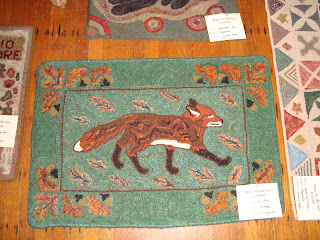 There are more rugs to show and I'll post them tomorrow.  Hope you have enjoyed the show so far.  Thanks for stopping by.

Saundra
Posted by Saundra at 9:45 AM