....and the Show Continues

In the show were Ducks and Egg Nest; one I hooked and after sending an in progress photo to my friend Evelyn, she ordered one and hooked it.  This one is hooked by Evelyn.

This one was hooked by me. 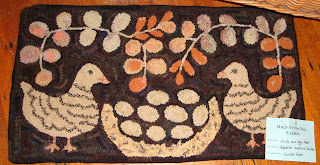 And as a special guest, this was just hooked by Margaret.  This wasn't in the Cape May rug show but thought it would be great to see the same rug hooked by three different people. 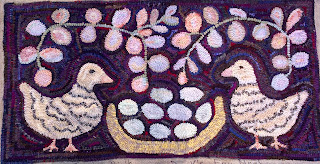 And here is the original antique from which this design was adapted.

Continuing with the show, this was a kit by Dorr called Houses and was hooked by Robin Stewart. 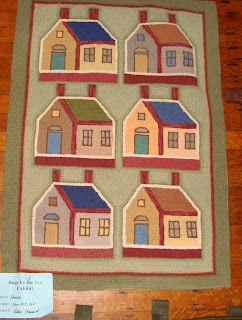 Sadly I cannot read the label and do not remember  now who hooked this geometric, sorry. 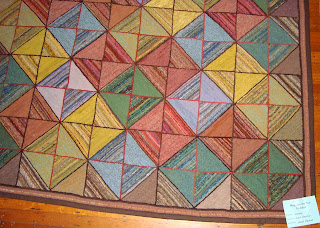 Rose of Sharon is a design by Jeanne Benjamin and was hooked by Nancy Quigley. 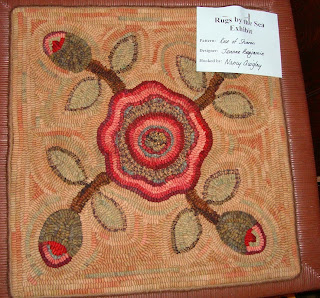 Hooked on Bass was designed and hooked by Dee Rosebrock.  The directional hooking is very effective but I'll bet it was a tedious and boring task.  I've done directional hooking and it just adds to the ho-hum of hooking background.  But definitely does wonders showing the ripple of the water in this picture. 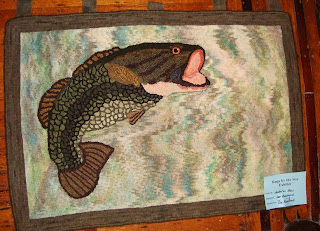 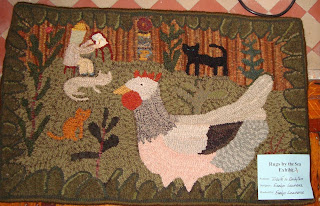 This rug below was also hooked by Evelyn Lawrence and is a design by Peyton Primitives called Gypsy.

Titled Sunflower, this is designed and hooked by Lucille Festa. 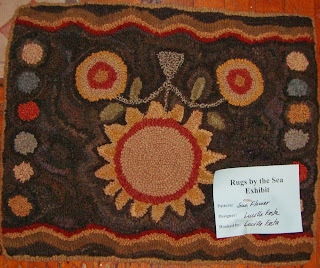 There have been men hookers attend Cape May previously and the past two years has been attended by Russ Nichols who designed and hooked this piece called "Lost Longhorn". 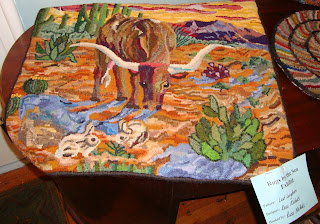 Russ also hooked Armadillo which is an adaptation of a painting; it is a covered foot stool. 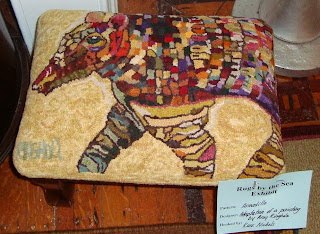 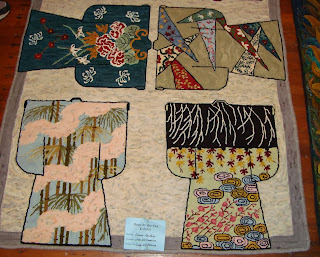 The tote below is a design by Norma Batastini and hooked by Joanne Gerwig. 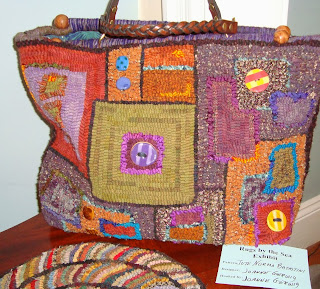 This geometric was designed by Evelyn Lawrence and sold by Bev Conway Designs.  It was hooked by Sue Woodworth. 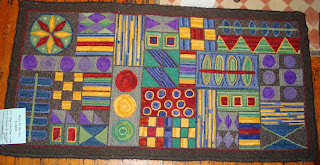 Well folks, stop by again tomorrow as there are more rugs from the show.

Email ThisBlogThis!Share to TwitterShare to FacebookShare to Pinterest
Labels: Cape May Rug Show 2013