The experience of a newbies first loops could make or break the desire to continue learning to hook.  Actually when I was the newbie it was this newbie's first hooking nightmare as I learned to hook on my own.

For over a year it was trial and error with only basic printed instructions from a Rug Hooking Magazine.  Yes, it was a little help and impetus for me to begin hooking but I had no human instruction.  And didn't know anyone (at that time) locally from whom I could learn to hook properly.  The nightmare continued until I discovered what I was doing wrong and almost considered not taking up this wonderful art/craft.

I'm demonstrating on a rug I'm presently hooking so ignore the top rows as it is the single "tail up" which is the focus.  So we know we start with the tail up. 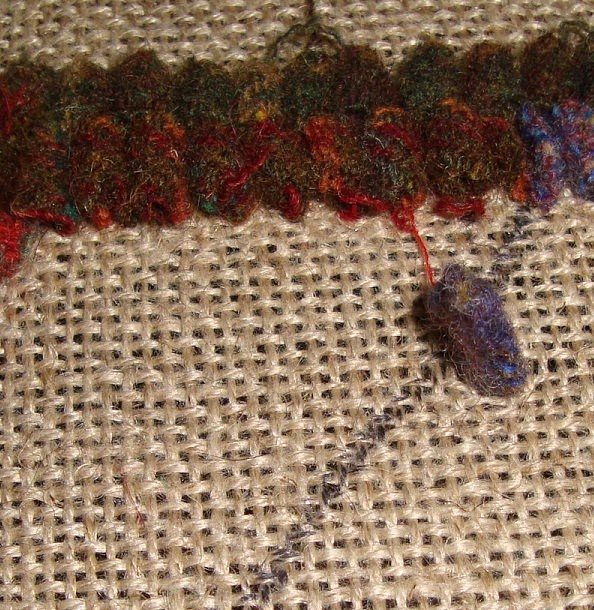 The tail up and first loop were a piece of cake.  Here you can see first loop. 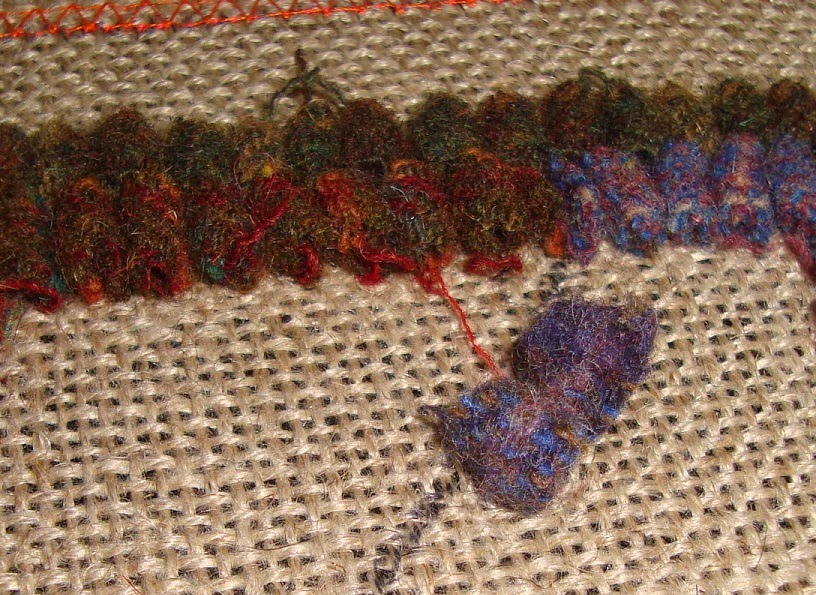 But then the fight began ~ I'd pull up the second loop and the first loop would drop down (aargh). Then double work as I put my hook back in the first loop and lift it up and the second loop would drop a smidgen.  So I'd adjust that one and finally would have two level even loops. 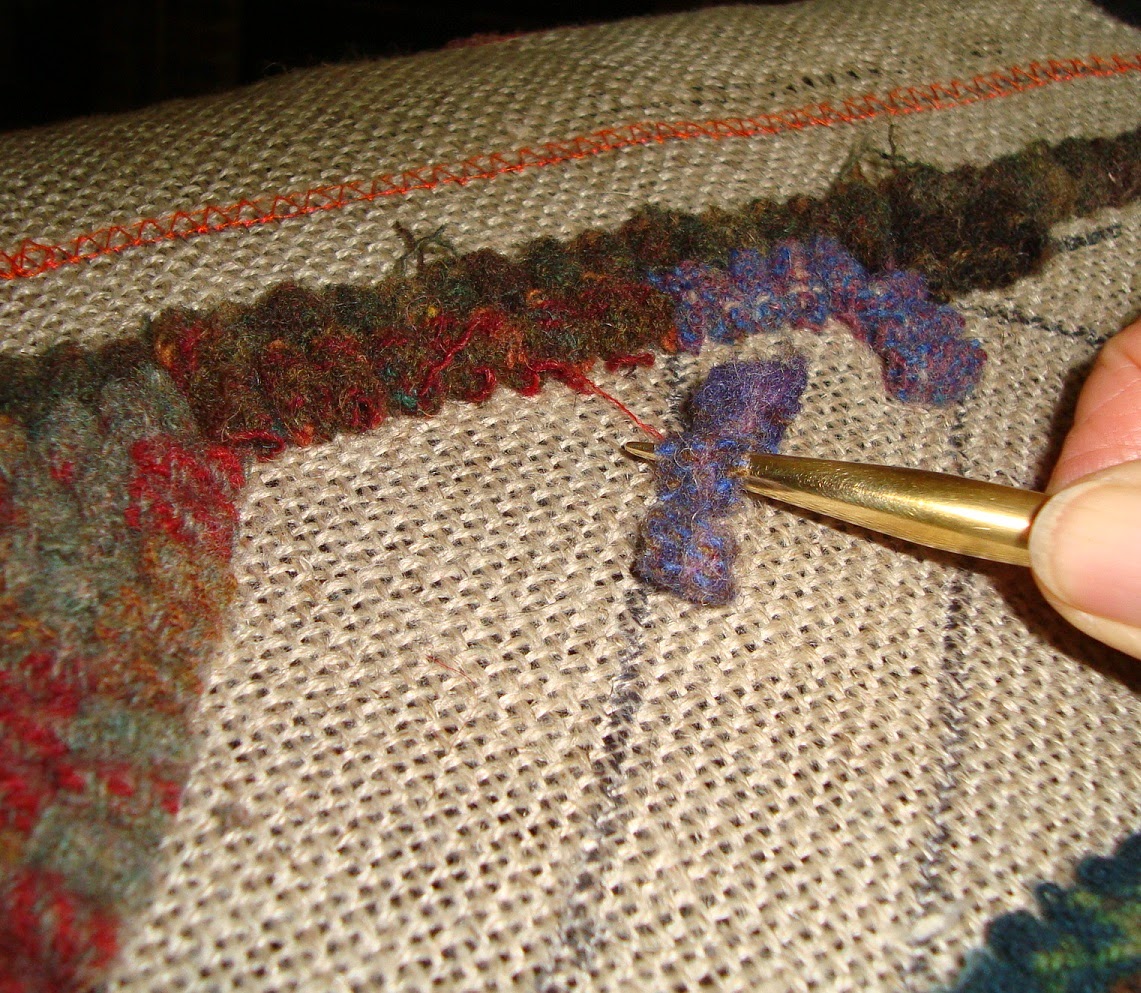 That is until I pulled the third loop and the second would drop down.  Now, here is the reason why all the problems.  Notice how my hook is pulling the loop FORWARD (toward me) in the picture below?  I've exaggerated the angle to get my point because I didn't really pull my loop that much forward yet it was enough to let the back loop be vulnerable and loose enough to drop down. 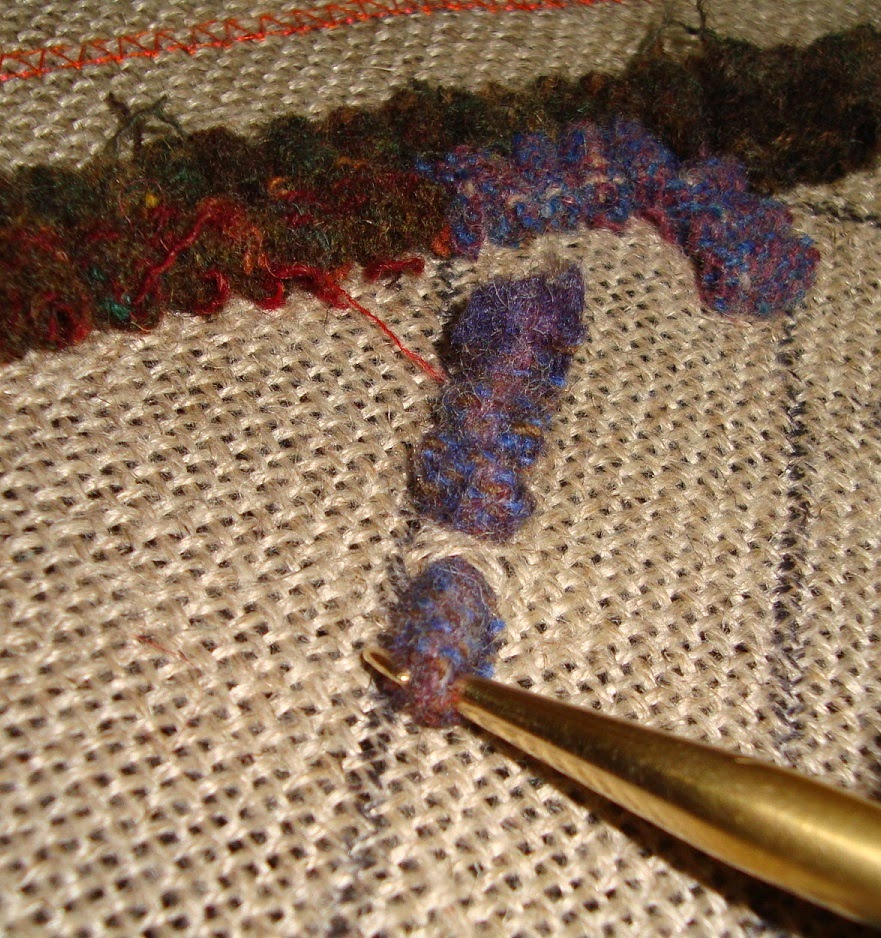 That is when the light bulb went off and realized I needed to press my hook and loop slightly backward and against the previous loop to apply enough pressure so it wouldn't fall down.  It is hard to see here because I've pulled the loop up slightly higher and backward against the loop.  But this simple action made my nightmare into an ongoing dreamy time hooking rugs. 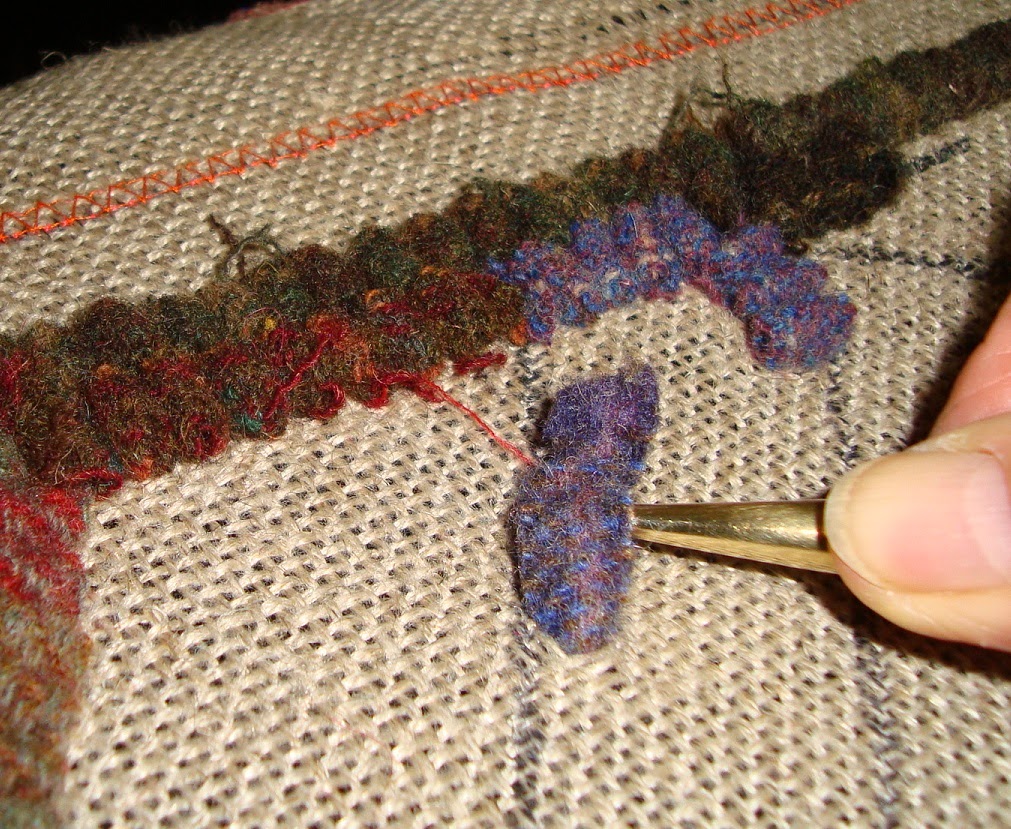 Yes, it does require a slight downward adjustment to make the new loop even with the others pulled but it is far less trouble that the tug of war I had going on the other way. 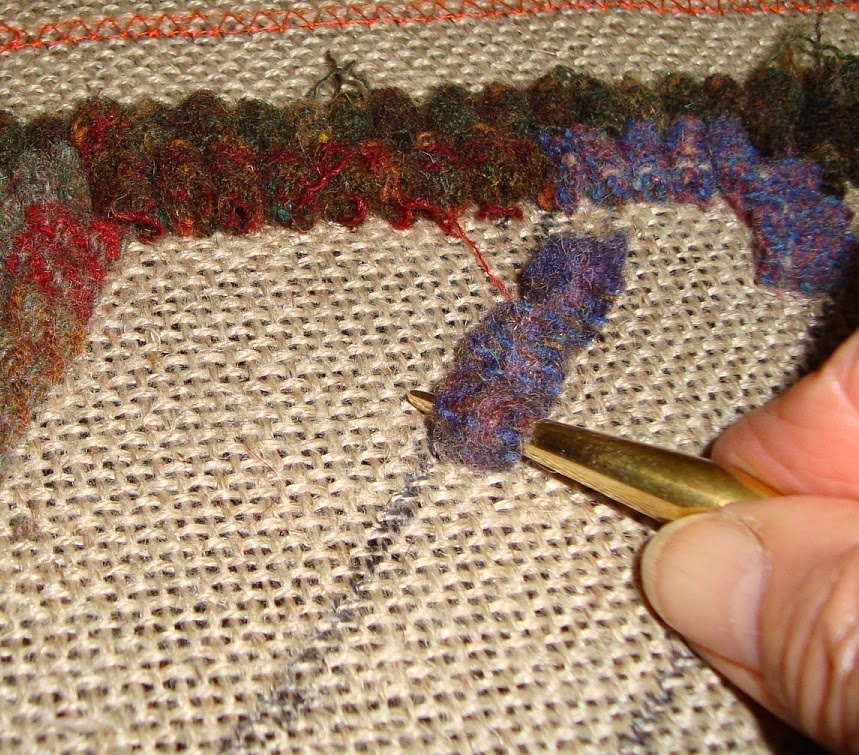 Oh, and newbie Cheryl, thank you so much for your kind words from the earlier post.  I was going to respond to you that day but you have a 'No-REPLY' blogger problem.  If you'd like to learn how to fix that (something simple to fix) click HERE.  The information is toward the bottom of that post when you click.

Have a great evening everyone.