Room With A View

Actually all rooms face the ocean and this is what my view looked like at 5:55 a.m. Monday morning. 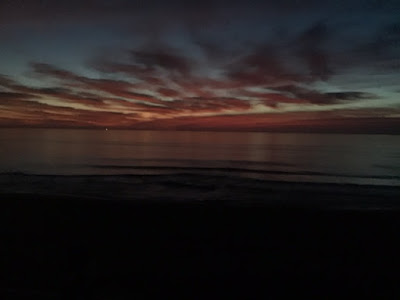 And again at 6:30, time for a shower then first day of camp. 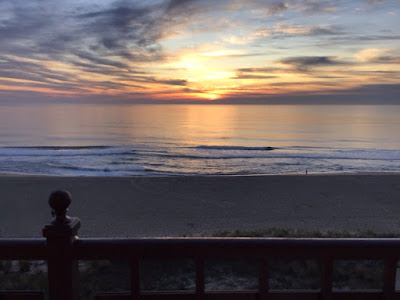 After the April and September camps were cancelled and just two days before Ocean City camp, it became a reality that this one was really going to happen.   I was cautiously apprehensive but decided to go anyway, I needed to get back to living.
As soon as I arrived to my room and before unpacking anything I wiped down all surfaces with antibacterial wipes, sprayed the air with an antibacterial spray, pulled down the covers and sprayed the sheets and pillows.  Plus I took two of my own pillow cases to place over top of the two pillows I would sleep with.
At camp I wore my mask and or face shield all the time.  Well, except at meal time.  Even then, when not eating but waiting for the main meal after soup or salad service I'd mask up again; some didn't.
There were 8 students in one class and 7 in the other and all held in the same room.  The weather was nice so we opened one door to the outside which brought in fresh air and it flowed out thru the doors open on the opposite side so air flow was good and the breeze could be felt. 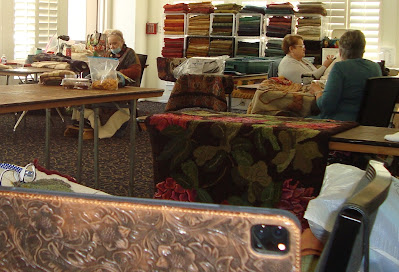 In the photo above, to the left is Jeanne Benjamin, behind her is the door to the outside which is open.  Not sure where all the other students are but perhaps I was taking photos just after lunch when the room was less full.
Below is a Sharon Smith pattern being hooked named Carrot Cake. 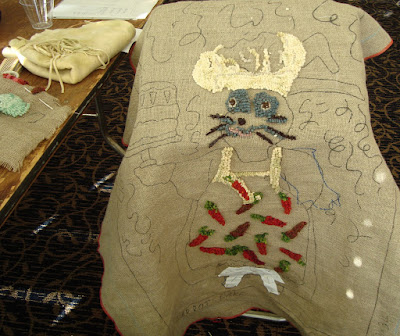 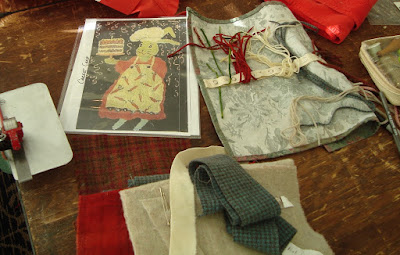 Here's a review of what some of the students were working on.  It was easier/better for me to take photos when people were out of the room so as to keep distance.
Hard to recall who was sitting where on the other side of the room but think this one was being hooked by Martha, who obviously started it before camp. 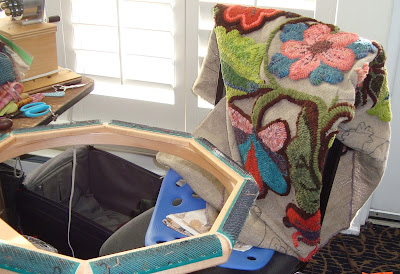 Cant remember who is working on this truck and you can see she is trying Bev Conway's message technique which will not be seen from the front ~ believe it or not.  I tried that at Cape May once and it does work.  If you would like to see the post I wrote about my experience click HERE. 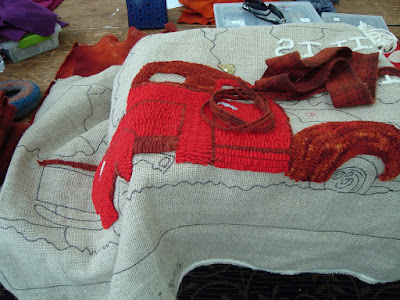 The geometric below is being hooked by Phyllis Sheetz. 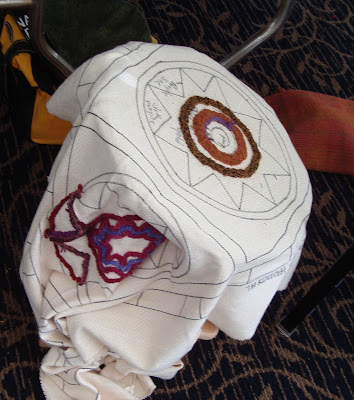 Pam Johnson hooking this rug and I love the coneflower colors. 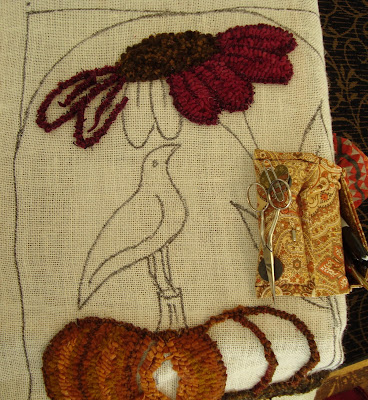 Love the colors in the flamingo, and each time I see a pink flamingo I'm reminded of my dear departed mother who used to have the plastic things in her yard. 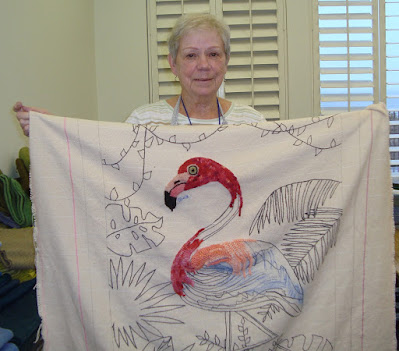 Renia is continuing on the lion rug she started with Jeanne in a previous class. 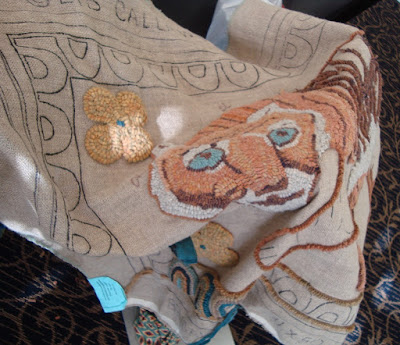 Heather is hooking a Star Rug Company design and changed the dog into a cat. 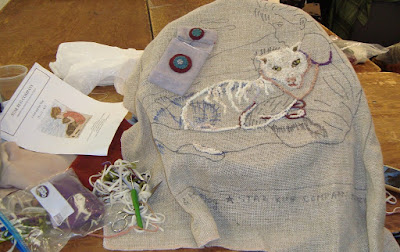 Someone is working on a small version of an antique geometric.

Below in the forefront is Heather, one of my table mates, close and on the left in the grey and black top is a portion of Bev's head as she is doing something with Stella's design. 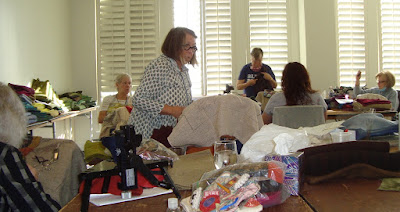 Another table mate is Loris who is returning to her spot and working on the floral pattern purchased from Bev. 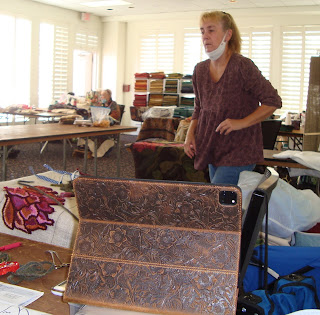 Below is a view of the rug by Bev.  The rug is folded to show the front and the back.  The secret message can be hooked not be seen from the front but perfectly legible from the back. 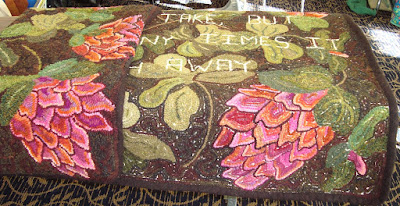 An Owl in flight was awesome and had to take a photo of it even tho it won't be something I'll hook ~ too much detail for this primitive wide cut hooker.

My rug isn't posted today and plan to save it for a separate post.  There's a couple things I wanted to point out so you'll have to wait.  😉
Happy Friday 13th and happy hooking.
Saundra
www.woodlandjunctionprimitives.weebly.com
Posted by Saundra at 10:39 AM