There's Something Abojut a Lion

The King of the jungle ~ the lion, in rug form that is, has always intrigued me.  Matter of fact I've hooked 4 different lion rugs which I'll show further down in the post.  Three were someone else's designs and one is my adaptation which I offer as a pattern.  But first I'll show you some antique lion rugs which interest me.  This one is gorgeous! 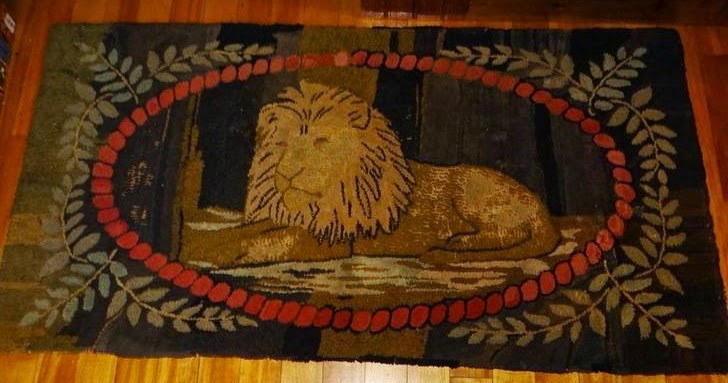 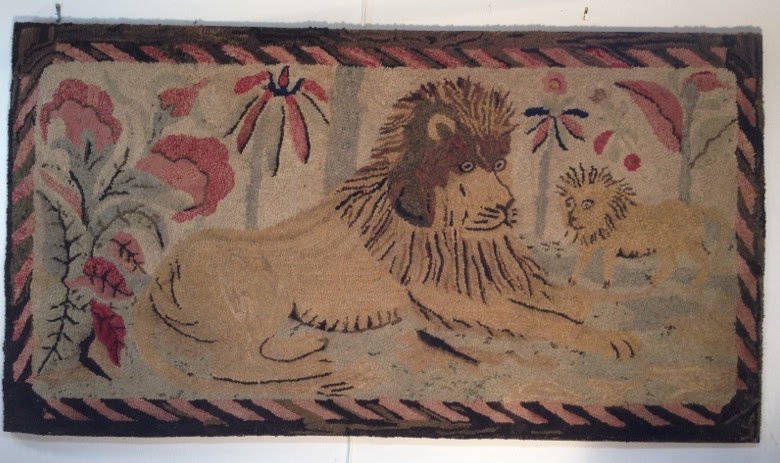 A lion with delightful background; or at least I enjoy looking at this multi-colored style and hooking it is more fun too. 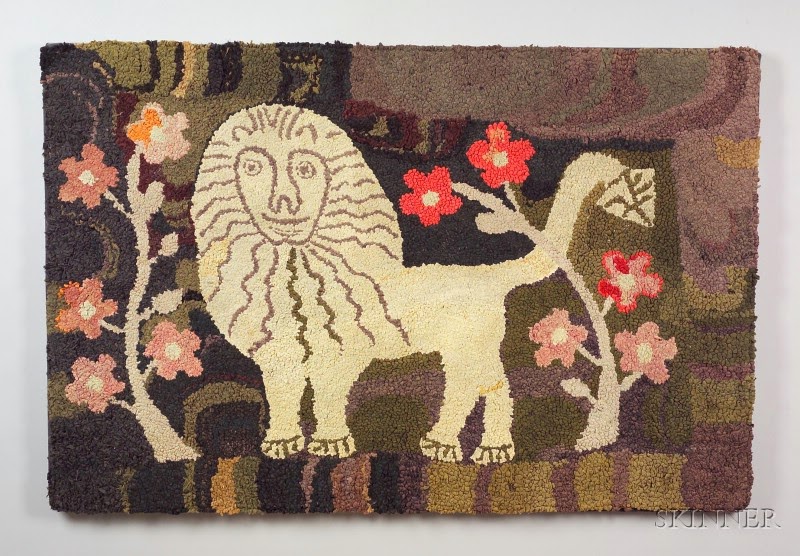 The following lion has a human-looking face. 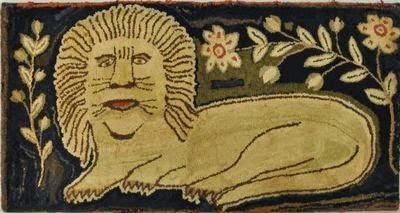 This is a new lion rug I recently found on the internet, and while the photo isn't all that great what I see is still wonderful. 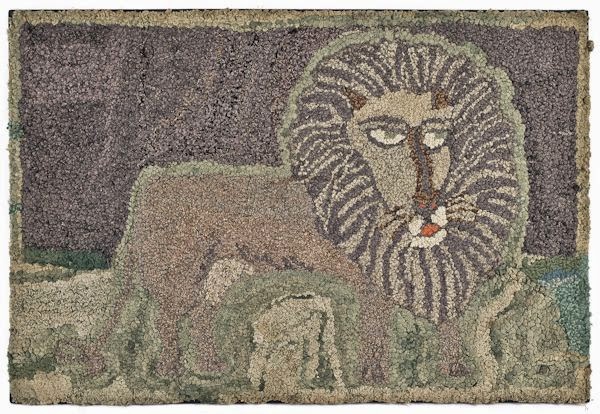 Here is a wool and cotton hooked lion which has a very nice body shape. 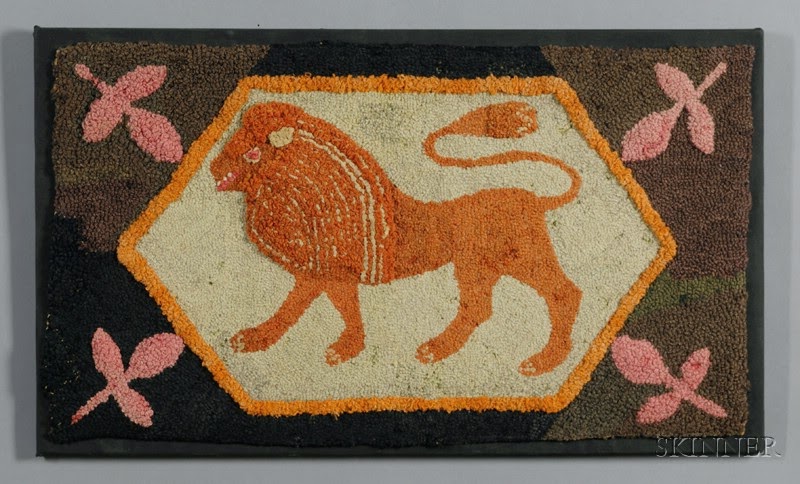 A very primitive lion and don't think I'd have realized it was a lion had the word not been spelled out. 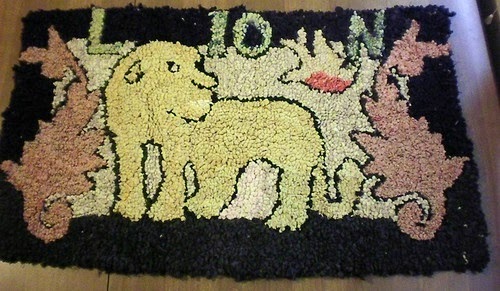 Below, this lion rug is bound with denim, according to the info I obtained from an antique site. 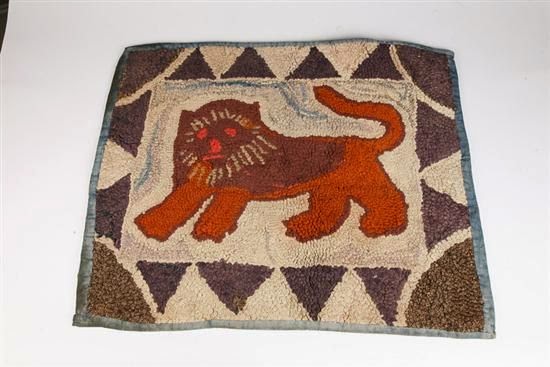 I'm sure there are many more lion rugs I've saved in various flash drives or folders on my computer but think you are almost on lion overload for now and I'm not even done.  The very first lion I hooked was a design by Bev Conway called Rufus.  I really need to take another and better picture one day. 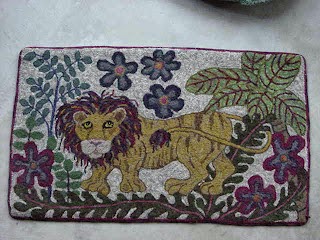 The second lion I hooked was a whimsical design by Tonya of Mad Hen.  And somewhere in my stash I've another one of her lions under a tree. 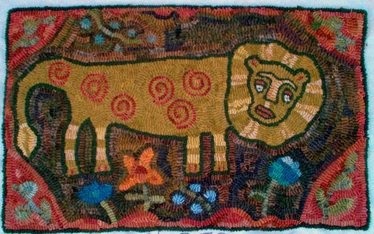 Then my friend Evelyn gave me a design she had in her stash which is an adaptation of an antique rug.  I hooked it in a Barb Carroll class. 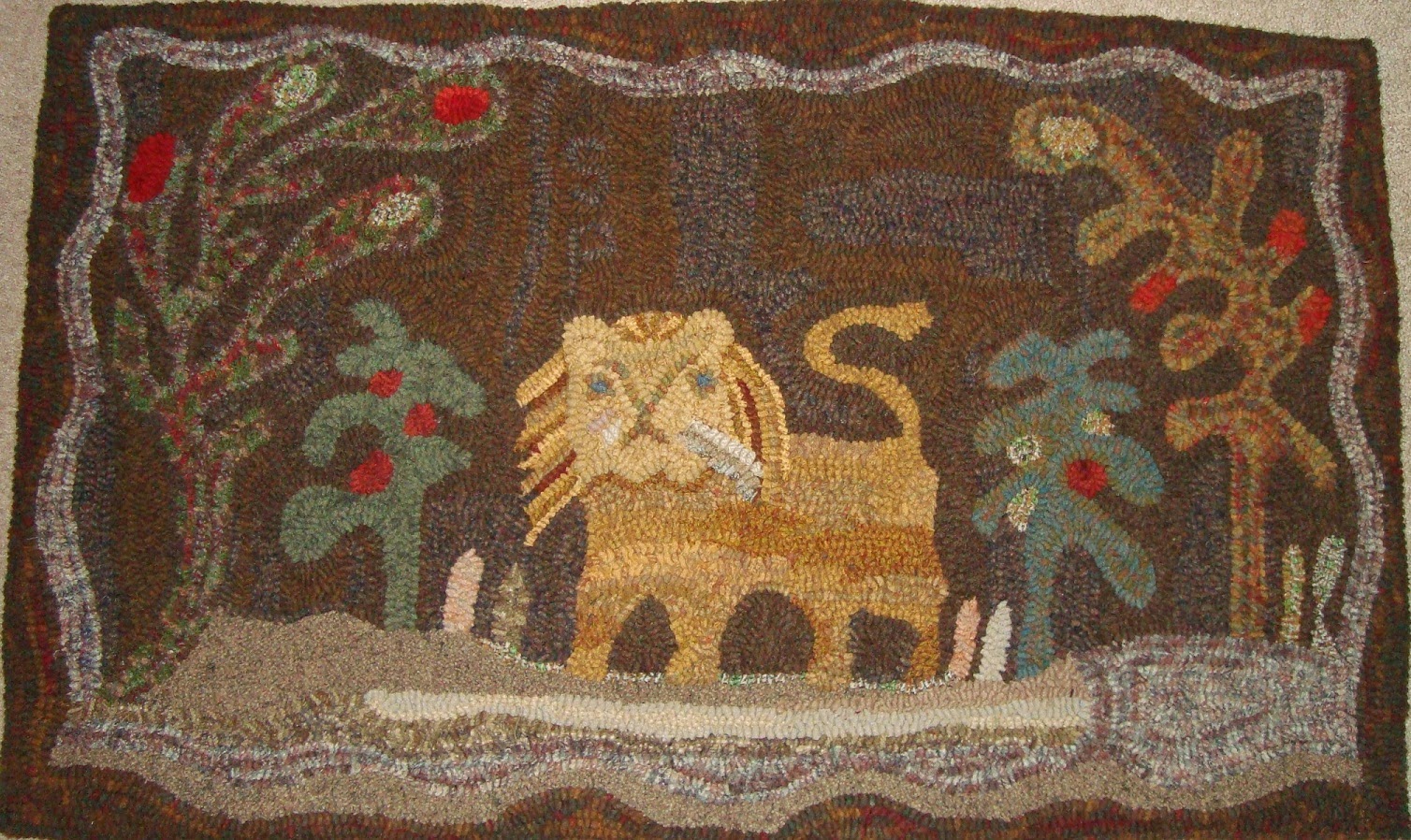 This is the original antique rug from which the design was drawn. 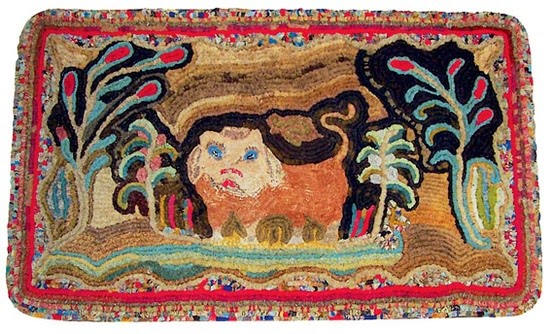 So then I wanted to hook another lion adaptation and pulled the elements I liked best from two particular antique hooked rugs ~ this is my adaptation of Lion in the Woods. 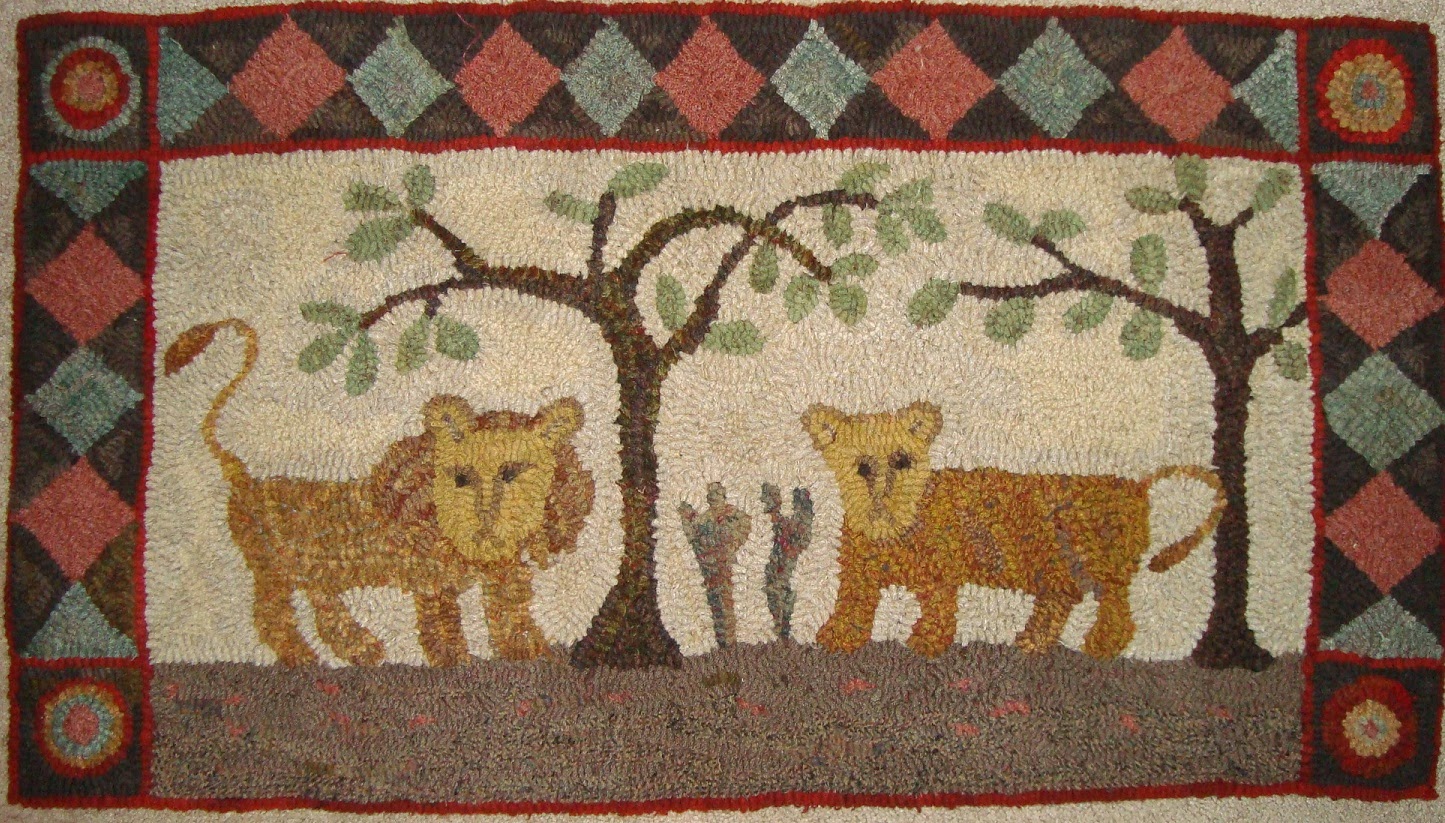 Here is one of the two rugs from which I picked the elements.  The other was a picture in a book and don't have a pic of it on my computer. 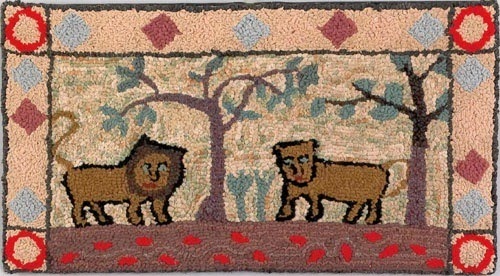 Here are other versions of the same basic design some appear more recently hooked. 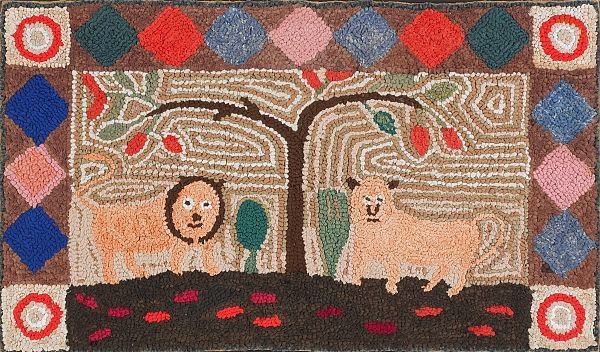 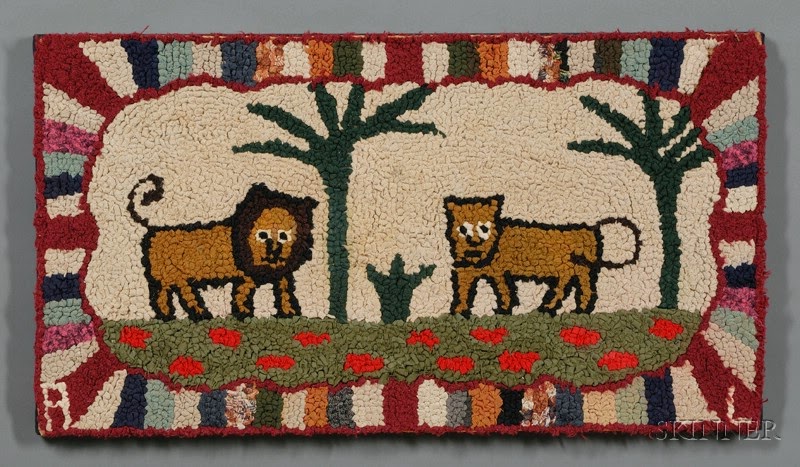 Have a great weekend everyone.