Rugs Hooked by a Friend

Yesterday afternoon I attempted to do a blog post but was still down in the dumps about Ellie so aborted the blog.  I hate going days without a blog post as I'm afraid my readers or followers will leave.

Since there's not much more hooked on the challenge rug am taking the easy way out by giving you another rug show.  This one has loads of rugs my friend Evelyn Lawrence has hooked.  Many of them you will recognize as Magdalena designs.

This rug below is an adaptation of an antique that Evelyn designed.

The geometric below is an adaptation of a sculpture; the pattern was designed for Evelyn by Bev Conway. 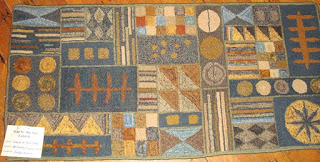 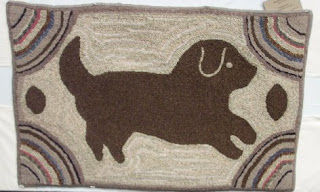 The pot of flowers is a design offered by Lucille Festa. 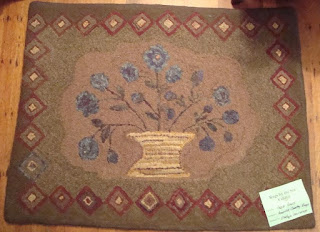 The rug below is named Lucky Racer and is a design by the late Patsy Becker. 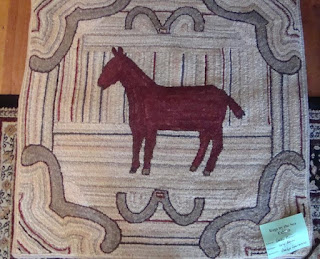 Rooster with Dogs and Cats . 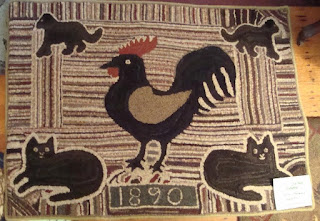 This Two Cats and Dog rug were in an antique booth in Maine Antique Digest and not sure that it is a Magdalena rug. 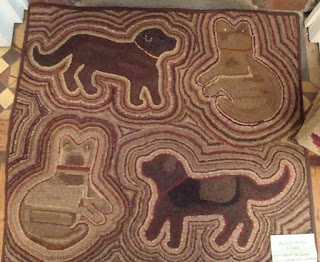 There is something interesting about this abstract which Evelyn designed from an antique.  Perhaps it was hooked originally to use up whatever leftover wool, nylons or whatever. 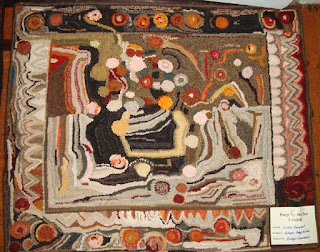 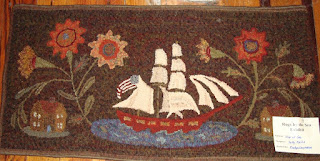 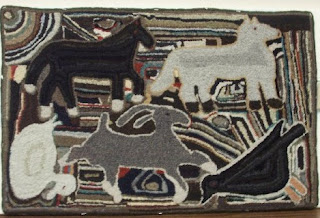 Another antique adaptation drawn and hooked by Evelyn. 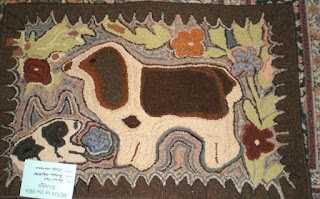 This Large Flower Box is a design by Karen Kahle.  I recall when Evelyn was hooking this at Cape May and was surprised at her bright comors since she hooks mostly dark primitive rugs like me. 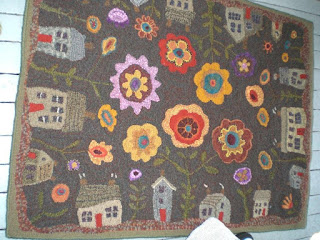 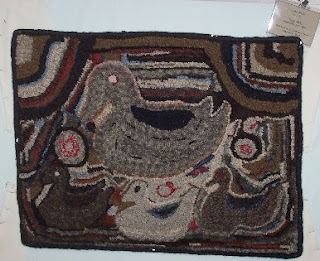 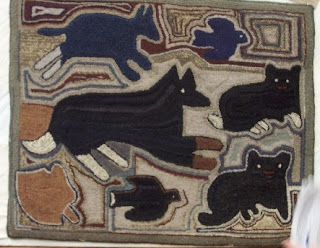 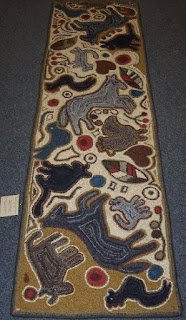 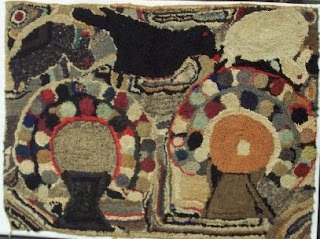 Unfortunately the photo below with the two roosters is really really small....dang it.

Below is a design called Big and Little which is a design by Barbara Brown of Port Primitives. 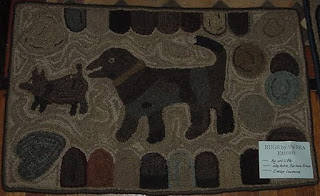 Ahhhhh, a side view of hooking on the Chalfonte porch, a pattern offered by Bev Conway. 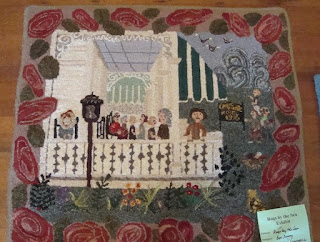 Below is Whatnots and is a design offered by Woolley Fox. 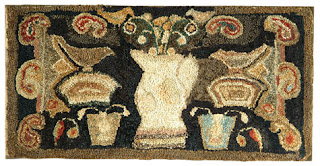 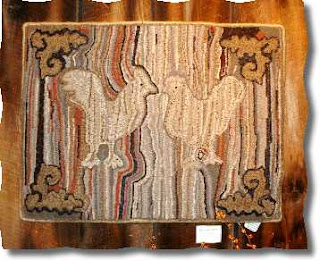 Farmyard is another antique adaptation. 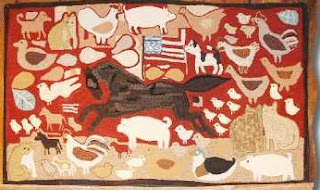 As you can see, Evelyn is quite a prolific hooker.  And believe it or not I've loads more of Evelyn's hooked rug photos but my arm is getting tired.  But sadly there have been camps at Cape May where Evelyn and I were attending different weeks so there are many more which I don't have photos of.

If you tap on the photos they will enlarge so you can see who the designer is.  All of the Magdalena style rugs were researched and drawn by Evelyn Lawrence.

Evelyn started hooking about 1989 and started researching Magdalena Briner Eby over 12 years ago.  That information she had learned of Magdalena's life and rugs was in this publication below. 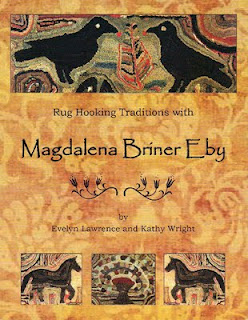 Hope you have a pleasant evening.

Saundra
Posted by Saundra at 1:28 PM