I've had various interesting jobs/professions in my lifetime which started out with just a high school education but college classes in my 40's.  Fast forward to my retirement.......

What can be more fun than creating with your hands and making pocket money?  My love of making dolls started out wanting to buy a primitive doll from a gift shop at the Columbia, MD mall.  What?  $45 for a small tea stained primitive doll?

I knew how to sew as I used to make my own clothes and those of my son and departed first husband so made one.  This wasn't the first doll just one which is rather photogenic. 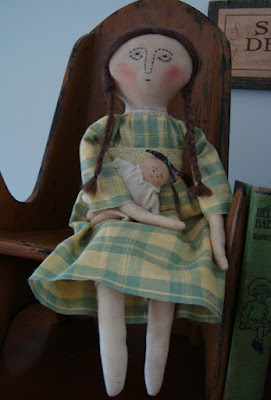 Here's a primitive doll filled with sawdust which was an alternate stuffing method as well as rags back in the day.  Sold it at a show also. 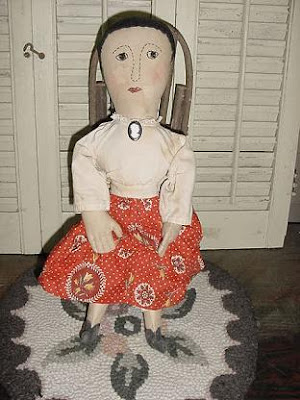 Was truly into this doll making so began taking classes to learn more.  Took a class from eleanor peace bailey (she spells her name in lower case) where I learned how to make her fun dolls.  Many were sold and this is the only one left which still hangs in my sewing room.  A very fond memory of a fun teacher so think she is a keeper.  The male form to the left is an unfinished doll which will probably remain a UFO. 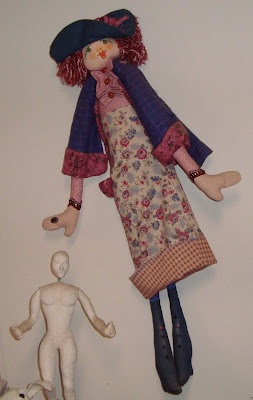 Took classes from other very talented doll makers to expand my knowledge. Who could walk away from these tiny tykes coated and painted? 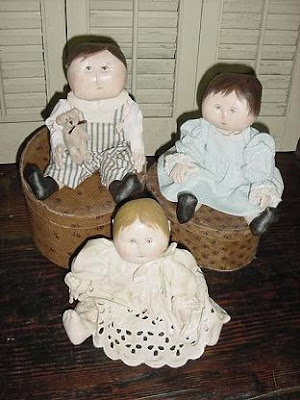 Many didn't but I did manage to salvage two favorites which I have in the living room. 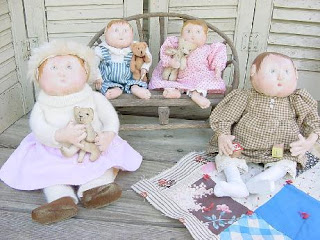 A photo of my booth at a show from 2003, which also happens to be the year I attended my first rug camp. 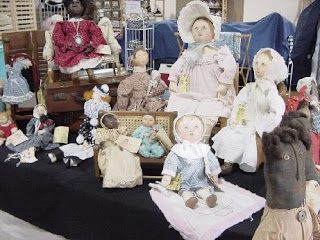 Another booth photo from another show.  Am sure that hooked cat will look familiar to some of you. 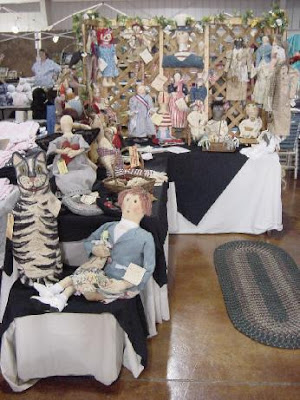 Then the entrepreneurial part of me wanted MORE so made artsy/fartsy necklaces.  If you look closely the square photo bottom left is 'the cousins'........Barbara, me and Rachel. 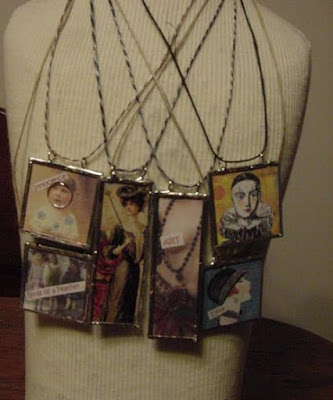 Hmmm, the crafting bug really hit me and was fun making dolls for a while, several years in fact.  Then decided to teach myself how to hook as I wanted an antique rug which were costly and the hunt for the right one seemed daunting.

Wow, I've run out of steam and had planned to talk about rug hooking but guess that is a throwback for another day.  Sorry to disappoint those rug hookers out there but you can always scroll downward to see what has been posted previously.