A Rug For My Son

Remember when I posted about my son building addition to his home and wanting to hook a wall hanging for him?  That prompted me to post some antique tavern signage on a previous post.  Problem was everything I looked at was something I would want.  Isn't that the way it is when you go gift shopping for a friend?  Everything you pick out is something you'd like.   Well this was no different and could my son relate to anything I wanted to hook for me?

Then I  had to shift gears and think what my son would like... he wouldn't want some artsy crows wearing a top hat and jacket, whales, etc.  but rather something manly man style.  He is a lineman by trade (think utility poles, restoring power after hurricanes, snow storms, etc.)

Greg (my son) will have a pool table in his game room so pool balls became my focus for the design.  He and his buddies surely enjoy beer so that was an idea...... okey dokey then.... a design was being born.

Yes, I'm still working on Mr. Cotton Tail but knew that unless I broke ground on this design for my son it might end up in a stack of unhooked patterns.  At least now it is started and I'll be more likely to return and finish it.  Sorry the visual is so zig zag on the foundation and hope you can see the design and what I've hooked so far.  If you click on the photos they will enlarge and is much easier on the eyes. 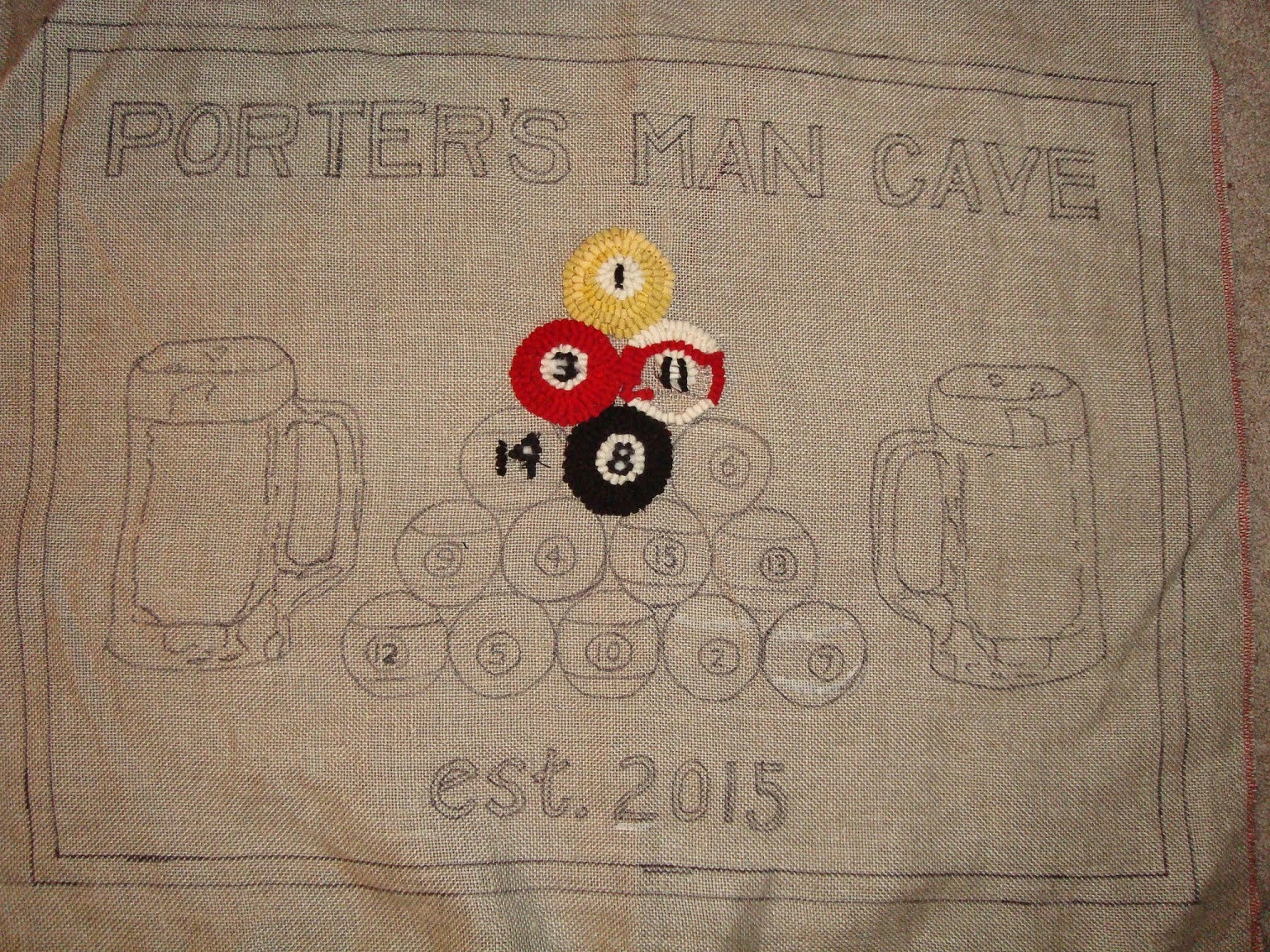 I'm using #8 cut for the balls but smaller worms for the numbers. Oh, and using worms wherever I can.  And it is interesting in the lessons learned at rug camps which can be used in the most unusual ways.
Last September at Cape May Ali Strebel taught us a really cool trick using needle felting in our work.  I used it in my Ali Katz rug and am using white roving to needle felt in the tiny areas around the numbers of the pool balls.  I hook one row of white wool in a circle but there are very small areas, like in the middle of the 8 as well as the 3 so that technique came in very handy.
Problem is I was too hasty in drawing the design.  Now I wish I'd drawn the beer mugs up a little higher.  While there is only a little difference, the picture below suits my eye better.  But don't think I want to super impose another mug drawing, even in another color ink, on top of what I've already drawn.  Besides, don't think my son would even notice that space above the mugs. 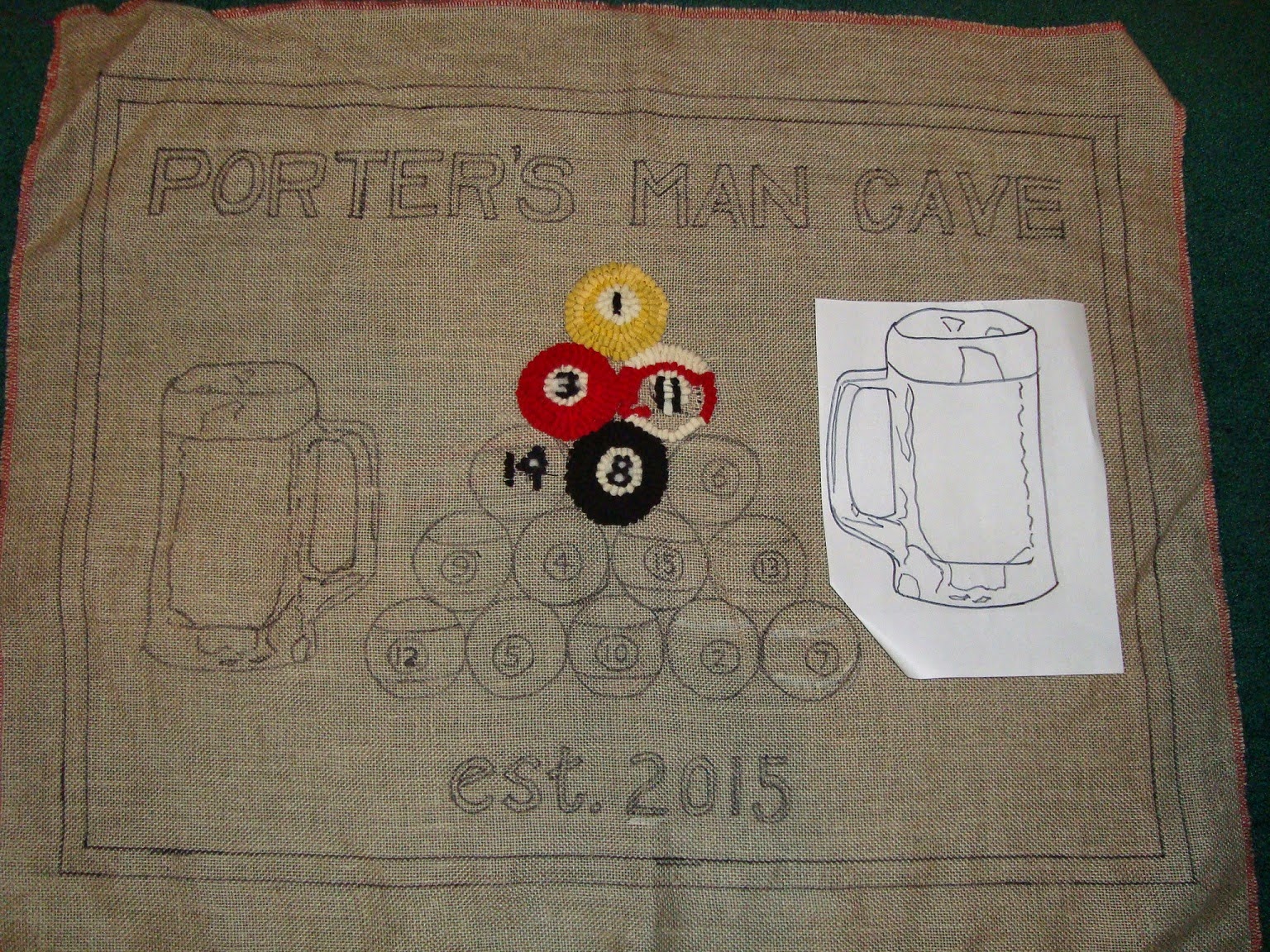 I thought about hooking the Ace of Hearts and Ace of Spades in those spaces but wanted to keep the design simple.  Also thought of hooking cue sticks but nixed that idea too.  Yet the rug doesn't need to be done until Christmas so perhaps I'll think of something to so the area doesn't look so blaah.
Have a great weekend everyone.
Saundra
Posted by Saundra at 10:13 AM