Didn't get a lot of hooking done on Cotton Tail yesterday as my grandson Zach needed some patches sewn on his Rangers shirt and vest.  Zach seems to really like this organization and has acquired a few achievement patches.

Now to Mr. Cotton Tail.  Except for the rabbit colors, so far all the wool has been from my worm bags...YAHOO!  But I'll bet they still won't look like a dent was made in them after this mat is done.  I just may have to cut some #8.5 primitive black background for this tho since a lot of my black worms are #8 and sometimes smaller.

It would seem to take forever using those so will use some but also some cut #8.5 to make the job go faster.  The more narrow cuts will be great for hooking around the small leaves to get a closer hooked row. 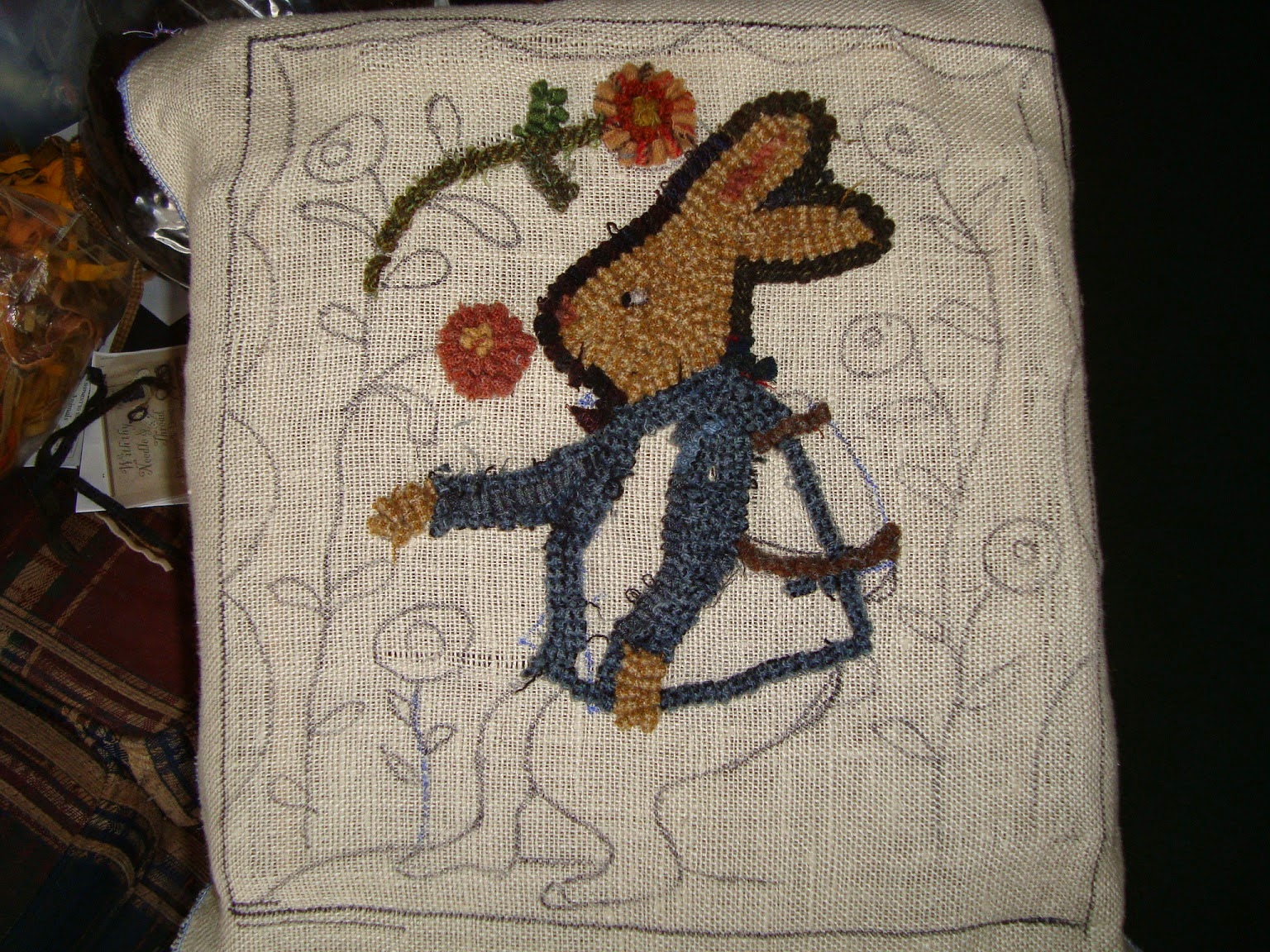 And now to the trivial trivia...is that redundant?  Last night as I was getting ready for bed and all was quiet in the house began reflecting back and wondered where the time went.  I can remember details of my school days and it seems like yesterday.  The one event I thought of last night was at my high school prom.

That would have made me 17 years old at the time.  Our class had a live band and while we were dancing to the music a visitor was welcomed on stage to sing.  That person happened to be home visiting his parents, and his name (unknown to all of you I'm sure) was Billy Graves.  He was best known for a song called The Shag.  It may have a different meaning in the UK but in the USA it was just a dance.

Anyway Billy introduced himself, like he really had to do that as we all knew him since he was a local boy (man).  He was also on the Jimmy Dean Show and not only sang solo but also with Dick Flood and they were known as The Country Lads on Jimmy Dean's show.  And yes, The Shag made the charts. 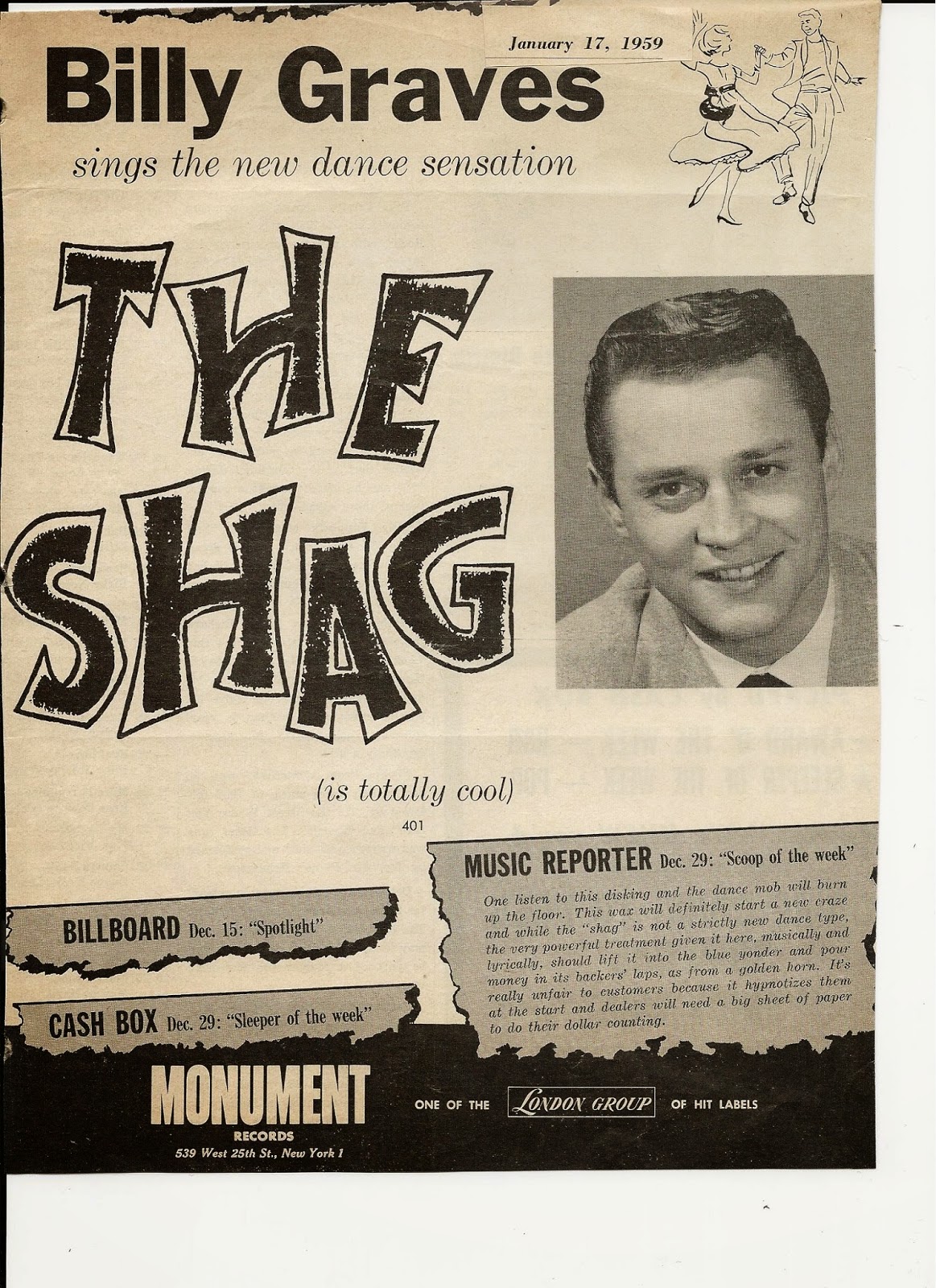 Back to the story..... so Billy introduced himself, outstretched his hand and asked me onto the stage where he proceeded to sing to me.  OMG, my brain was in a fog and don't think I even heard what song he was singing to me but it was probably The Shag.

So Billy and I started dating ~ he was 8 years older than me and yes I would have been jail bait but he was respectful and did nothing out of line.  I'd spend time with him at his parents house when he came home, we'd go to the movies and even went to West Virginia with him and his parents to see his sister Rebecca.  Top left is  me on a roping horse and it was such fun to use the techniques ropers use by pressing the knee or the movement of a hand to have the horse weave and turn on instant command.  The most fun was when I commanded him to stop and back up.   That is Billy on a horse on the right.  Bottom left is Billy's dad, cowboy Tinker and Billy.  And then Billy posing for me in a stack of hay.  Naturally I've more photos and memorabilia but won't bore you with it all. 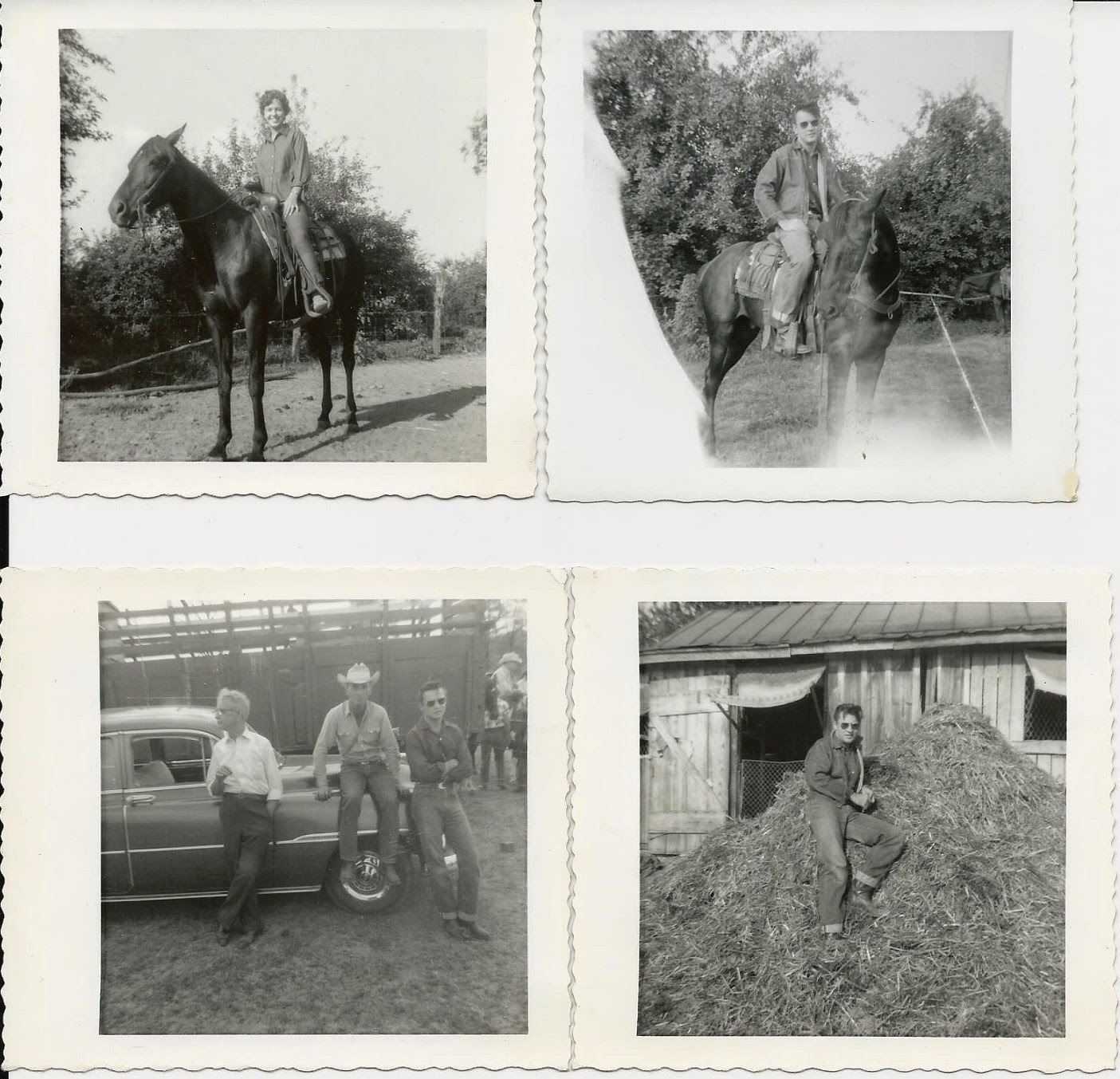 Rebecca was a horse trainer and since I loved horses and had one of my own previously, was envious of her profession.
Billy soon went back on the road with a band, with whom I'd come to know, including Wanda Jackson.  Billy eventually married, left the music industry and as I understand, became a jewelry salesman.  In retrospect I think Billy wanted a friend to hang out with when he came home.  There were no demands on him nor expectations; just fun and listening to music together.  He'd tell me about his travels when he came home and it was an exciting time for this small town girl.
Told y'all it was trivial; but it was fun to have this fleeting thought of yesteryear.  Hope you have a great Sunday and the snow melting.
Saundra
Posted by Saundra at 12:22 PM