Can you believe it is already December 1st??  Time doesn't stand still for anyone although as a child it seemed like it took forever until events I was looking forward to would actually happen.
Have a few vintage rugs to show as I look for something to hook next.  The last few rugs I've hooked have been other people's designs and I'm itching to hook an antique adaptation again.
First up is a Trotting Horse with a wonderful blotchy black border with scrolls.  It measures 33 x 44 and hooked late 19th or early 20th century. 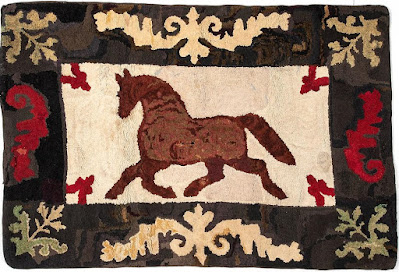 Below is a Dog hooked early 20th century and has a similar background which Magdalena was known for.  However it still lacks the Magdalena style so don't think it is one of her rugs.  It measures 26 x 36. 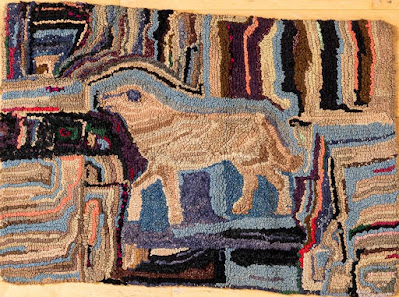 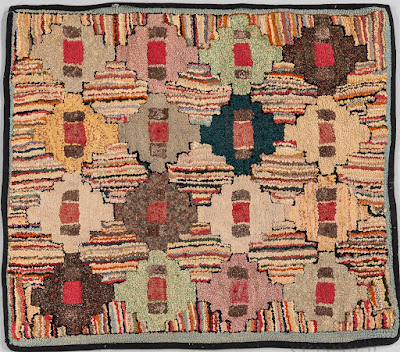 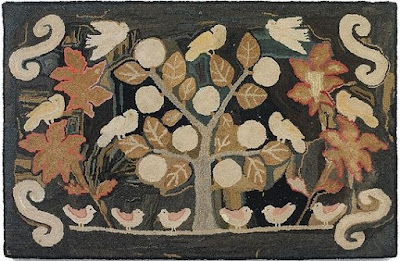 This Pot of Flowers with scrolls looks rather bland to most of you, but wonder what magic Tanya Wishard would perform on this design?  Bet it would look fantastic when she hooked it.  The rug dated from 19th century measures 30 x 49. 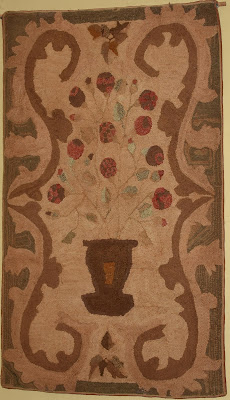 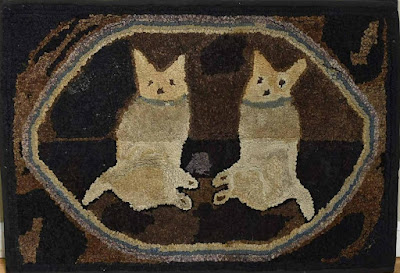 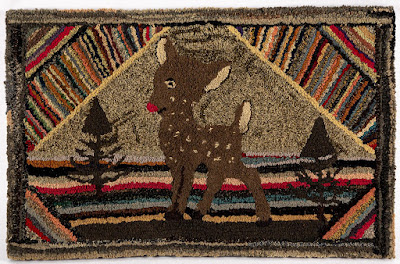 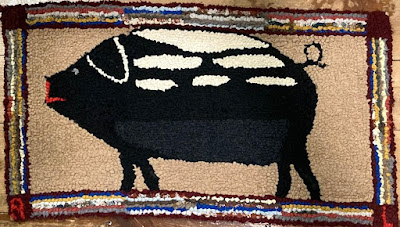 Happy December and guess I'd better get the Woolly Santa bound completely so I can use it.  Happy hooking.
Saundra
www.woodlandjunctionprimitives.weebly.com
Posted by Saundra at 11:28 AM