As there are fewer students at this camp than at Cape May there are also less finished rugs for the show.  Besides, not everyone tends to take their rugs for the show.  Frankly I didn't take all of mine hooked since last November either and didn't post any of mine here since you've seen them all during the year anyway.

Sorry, but don't know who hooked the Lunenburg piece below but it is quite nice.  Since it is a narrow cut doubt that it would have been me.

The rug below captured my interested on the simplicity and the untold story of the rug.  When I looked at this I felt this woman was on a journey of surviving to make ends meet and with the long road to be traveled indicates time and struggle.  So many thoughts went thru my mind when I viewed this rug.  As it turns out my friend Peg Dutton hooked it based on the art work of Danny Doughty of Onancock, Virginia. 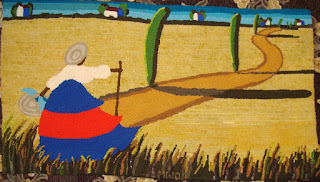 No name on this piece either.  The rug show is also the same time as the 3 p.m. 'tea and crumpets' which is a tradition at the Dunes Hotel each day.  So could be the hookers of these unnamed rugs were enjoying a chat and tea.

I have since been informed the design below was hooked by Loris. 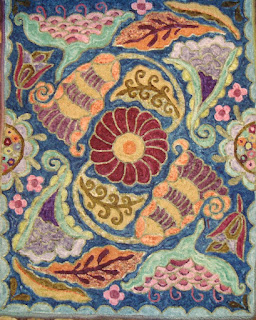 You saw Eric Sandberg's work of Christ's nailed foot (below) 'in progress' on a post from Cape May camp in September.  This is a remarkable work of art from the creative Eric. 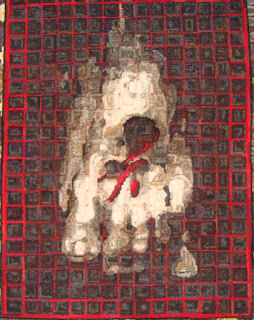 This wide cut primitive rug surprised me when learning who the hooker was.  Yes, I like it, like the colors but it was the hooker who shocked me. This was hooked by a McGowan teacher who, when left to her comfort zone would have hooked a narrow cut.  Yup, was hooked by Janice Russel. 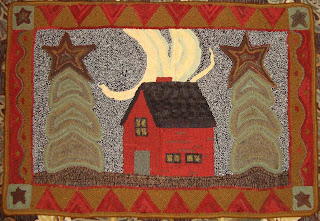 A table mate and friend Grace Ayers hooked Moby Dick and the happy rugs below too. 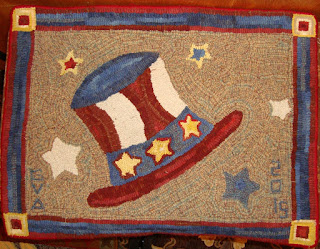 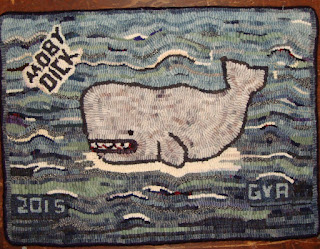 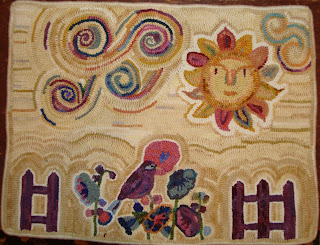 Am thinking it was the same person who hooked the standing flowers, the proddy mat and pillow to the right but not sure who the hooker was. 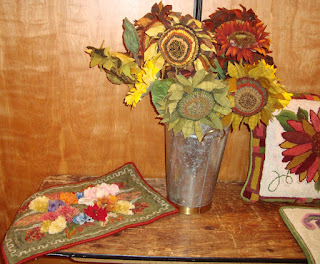 There's no question the rugs below were hooked by teacher Sibyl Osika. 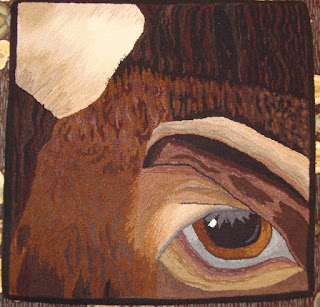 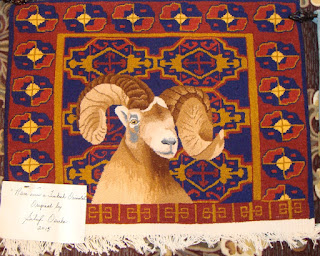 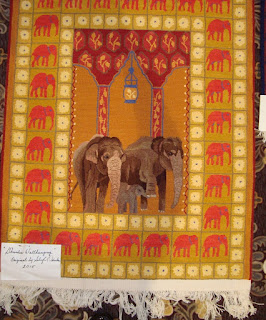 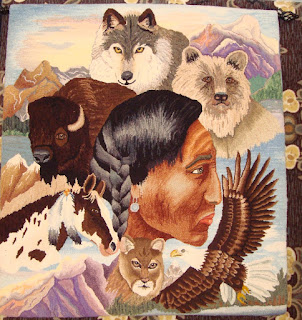 Don't know who hooked the following rugs either but enjoy. 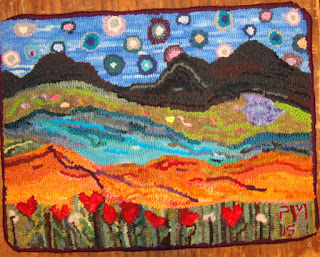 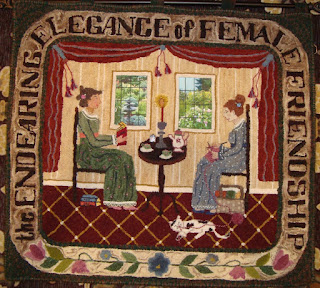 No name on this hooked piece either.  The carpet in this room is very nice but sure does interfere with the look of a hooked rug doesn't it? You can't tell if it is a round rug or square. 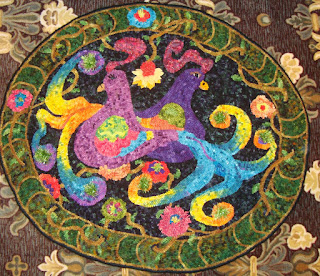 Friend Lynne told me that Peg also hooked this mask rug below.  It is always nice to give credit to the person who did all the hard and talented work. 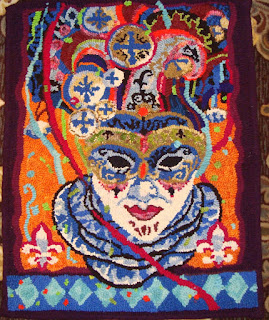 Again don't know the name of the hooker for this piece below but must have been a memory rug of the eastern shore with the crab and maybe on the beach in Ocean City. 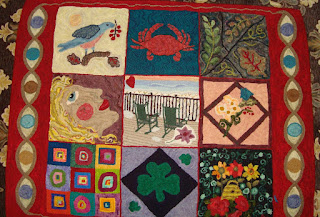 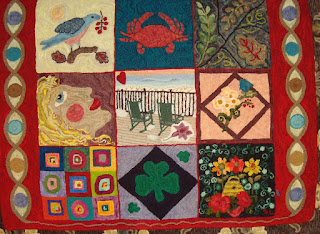 Took a close up of the center piece which may be of the chairs on the porch of The Dunes Hotel looking at the Atlantic Ocean. 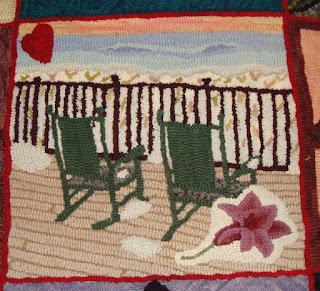 Next post will be the 'throw down' of the rugs started at camp so stay tuned.  Have a great evening.