A New Challenge for Me (Us?) UPDATED

Looking thru my antique rug pictures here are a few ideas to throw out for those who may want to take the plunge and delve back in time to the way our foremothers hooked ~ using what they had.  Sorta like 'pot luck hooking', not pot luck cooking, lol.
I've probably given away hundreds of yards of fabric to a church group who makes quilts for the needy.  Recently gave a lot to the local thrift shop along with some patterns but had this idea to challenge myself with cottons, worn flannel, also have some silk clothing I'd previously dismantled for hooking, but never went there.  Add to that a bunch of vintage seam binding I used for dolls and crafts and an idea was born.
This Tattered Tulip has lived a good life and would be easy and let you off the hook quickly.....pun intended 😁. 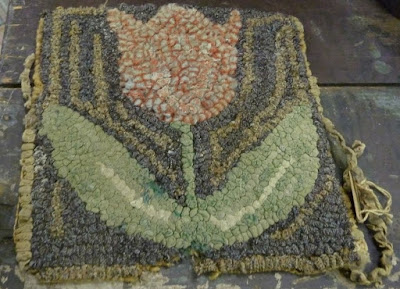 In keeping with Valentines Day here are Four Hearts and Flowers. 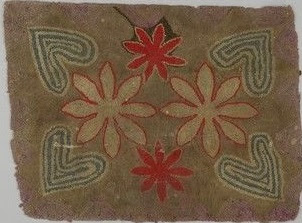 And yet another heart themed mat from the 19th century which would be easy. 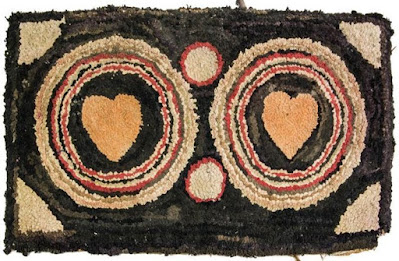 One of a few Magdalena Briner Eby rugs I've not yet hooked is this simple Pup design.  It might make a good subject for cottons and other textiles. 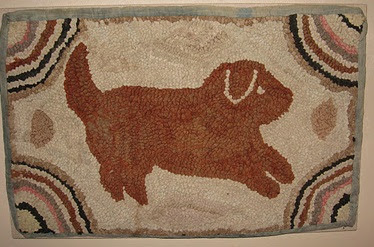 For those who prefer felines to canines, here is a scrappy cat rug which is a rather basic design. 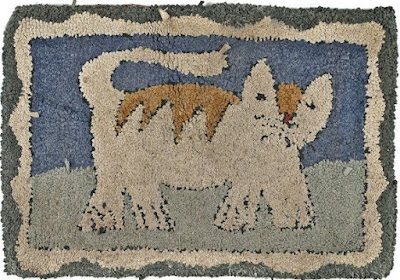 There is a rather large American Patriotic design which I could crop and make the subject of a challenge just the Shield part as shown below. 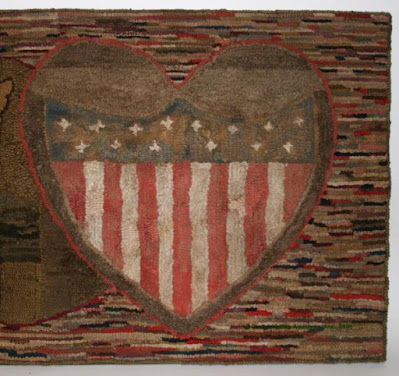 I've provided 6 ideas and that would be way plenty for me to do line drawings for if any of these ideas interest you.  If anyone has an idea they'd like to introduce please send me a picture.  OR, if anyone wants to take on this challenge and work on something entirely different that's great too.  We aren't challenging each other, it is a personal challenge for me to finally hook using alternative textiles.
UPDATE:
So far I've done line drawings of Tattered Tulip, Hearts in Circles and one  unnamed for me which I'll disclose later.  Would love to have more join in on the fun and will do line drawings for those other designs if anyone would be interested.
I've seen and have posted pictures (when available) of close up views of textiles used, here are just a few.....
Cannot identify which pattern this close up is from as I only identified it as Magdalena's close up.  You can see there is cotton, maybe rayon or silk, and what appears to be cotton knit. 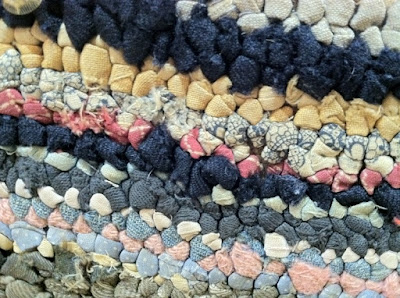 This is the underside edge of Cora and Bentley, the antique rug previously shown HERE. 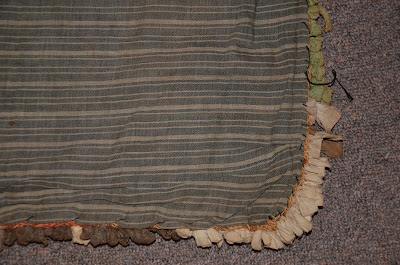 And this is the edge of an antique rug which I haven't shown before so its identity will remain anonymous for now.  But you can see the textiles used to hook it quite clearly. 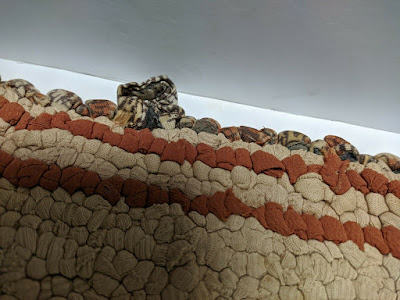 Okay, this will give you food for thought and think I know which I'll choose already.  Let me know your thoughts of what you'd like to play with.  If there is a design which no one is interested in then I won't do a line drawing of that or those.
Also, feel free to welcome your friends to join in and you'd have a buddy to hook with but then you've got this buddy at a distance when you want me.
'Tis a dreary Saturday here and the rain is freezing on the tree limbs.  The pond has risen once again and will get higher as there will be another week of it to come. 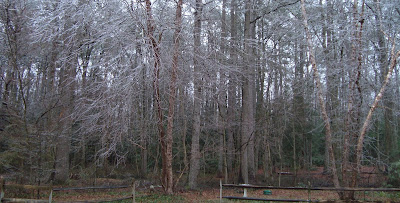 Right now gonna pull the last loops on the Wonky Heart and anticipate my next project.  Hope I didn't get rid of some of the fabric I'm thinking about putting in the mat.
Saundra
www.woodlandjunctionprimitives.weebly.com
Posted by Saundra at 3:53 PM